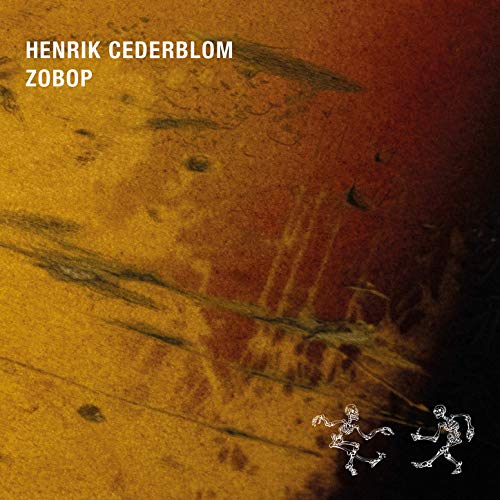 Some may remember the excellent Swedish trad-rock band Den Fule, which released a trio of albums between 1993 and 1995, then went on hiaus for a dozen years only to reunite in 2010 for a couple more releases, though I’m not sure of their current status. Northside released a compilation in 1997 titled Quake, which covered much of their material from their 1993 and 1995 albums, and is certainly worthy of any listener’s attention. Throughout those years, Henrik Cederblom was a core member playing both guitar and electric violin as well as contributing to their compositions. Although through the years he has been an in-demand session player contributing to numerous recordings by artists like Sofia Karlsson, Freddie Wadling, Daniel Lemma, Kikki Danielsson, and others, here, with Zobop, Cederblom makes his solo debut, a powerful instrumental set of seven original tunes crossing jazz, rock, folk, and world music, loaded with catchy melodies and irresistable grooves, plus one traditional, “Fillevaeren.” Cederblom sticks to guitar and lap steel for this set, backed by bassist Viktor Turegård, drummer Tapha Ndiongue, Sten Kȁllman on sax and percussion, along with guest percussionist Finn Bjȍrnulfson. The near seven-minute opener “Giragala” mixes it up with some catchy surf guitar play until the sax and guitar begin dueling at the minute-and a half mark, then a break for some lap steel work, then back to the everpresent melodics with more sax and effected guitar work, a more powerful opener would be hard to imagine. Many standouts herein including the tasty jazz shuffle “Skȍldpaddan” (The Turtle) where Cederblom takes off on a beautiful solo with the sax adding some background coloration, then the roles reverse. “Happy Buddha” moves along with a catchy rhythm and builds and mixes melodies slowly over its duration, while the title track packs an intense and funky groove that propels it across its five minute duration, with sax and guitar unisons punctuating the driving rhythm and percussion. Many other standouts here, and overall a masterful workout with outstanding compositions and superb arrangements.

Cast - Al-Bandaluz – By this time, many readers will know what to expect from Mexico's Cast: complex, keyboard-heavy neo-progressive with lots of odd meters. They've stuck to that for what seems like twenty or...  (2003) » Read more