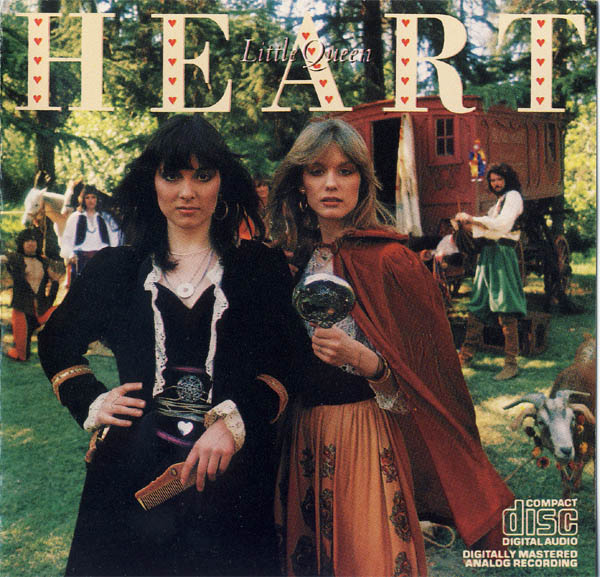 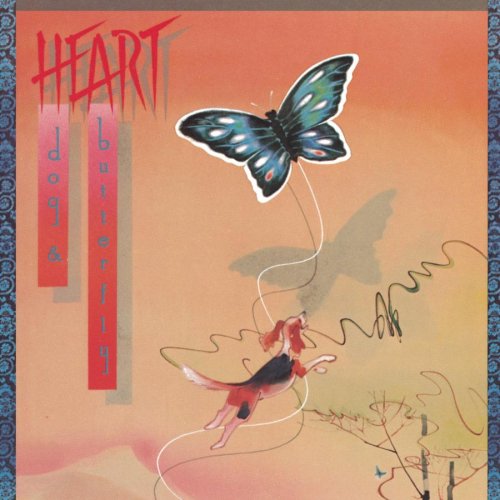 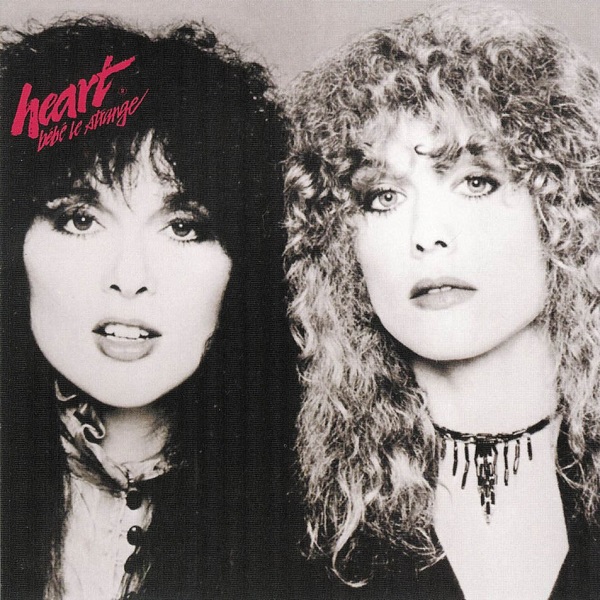 Out of the Pacific Northwest, the two rockin' sisters Ann and Nancy Wilson and their band hit American radios in early '76 with "Crazy on You" and "Magic Man," two hits with a sound that combined an obvious Led Zeppelin influence with a strong feminine touch, along with other album cuts displaying folk, pop and country elements. After a protracted tussle with their Canadian record label over an unfinished second album the band didn't want released, Heart produced what are probably the two strongest albums in their canon: Little Queen from 1977 and Dog & Butterfly from a year later. The former's first side opens with the unabashed rocker "Barracuda," displaying a muscular fortitude that rivaled any of the male-dominated hard rock bands of the day, but quickly retreats to a gentler acoustic style that presents a completely different side of the band for the folky "Love Alive" and the surreal "Sylvan Song" and "Dream of the Archer," highlighting Nancy Wilson's instrumental abilities on guitar and mandolin, before bouncing back with the hard rocking "Kick It Out"; all taken, this first side of Little Queen is probably Heart's finest moment. The remainder of the album is more a mix of styles, with the dual-mandolin driven vocal tune "Say Hello" being the highlight. Among the bonus tracks on this release is a live tribute to their heroes in their most famous song: "Stairway to Heaven." Dog & Butterfly kicks off with a ballsy live rocker "Cook with Fire," switching to studio mode for the remainder of the side. All of the albums rockier material like the funky "Hijinx" and "Straight On" inhabit the first side, although much of it is a bit more subdued than earlier more Zep influenced hard rock efforts. The second side features the more soft, folky and acoustic numbers like the hauntingly beautiful title track, and the appropriately titled ballad "Lighter Touch," which actually kicks up and rocks a bit. "Nada One" begins quietly on acoustic guitar and piano with light orchestration, evolving into a distinctively styled light rock tune, while "Mistral Wind" takes that idea to even further extremes, beginning with Ann Wilson's breathy vocal delivery over an acoustic guitar bed, eventually giving way to the aggressive delivery befitting this powerful and dynamic rock epic. The three bonus tracks include an excellent live take of "Heartless," the hit from their unfinished - then finally released second album Magazine. Two years later, Bebe le Strange takes a more streamlined back-to-basics approach, with the evident influence of the new wave sound on tracks like "Break" and "Strange Night." The title track and "Even It Up" are the strongest rockers, outdoing anything on its predecessor, but what makes this one less than satisfying as a whole is the near absence of the acoustic numbers that made the previous two albums so balanced and unique. Most readers are probably familiar with these, but there you have it; start with Little Queen, forget the Bebe.