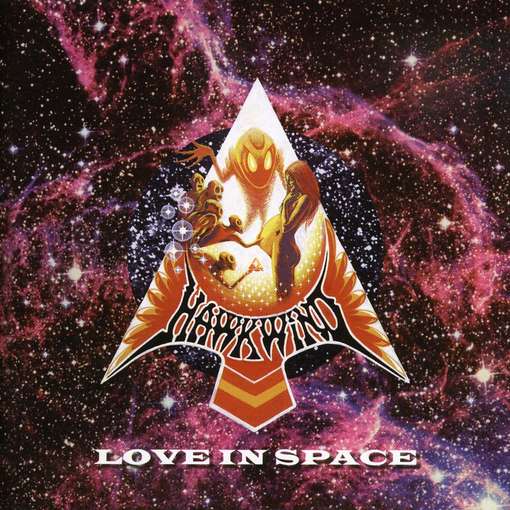 A live album from the Alien 4 tour, featuring Dave, Alan, Richard. and Ron Tree. Judging from the photos in this neat little package, the tour props were pretty good. A Terminator like skeleton, alien masks dazzling lights, and general psychedelic mind tripping. This 2CD set comes in a cardboard "digipak" and features a nice lyric book with photos and art. The set list is comprised of the conceptual Alien 4 tour, a loose chronicle of sorts about alien abduction. They perform a good chunk of Alien 4, as well as incorporating other like minded songs. I didn’t really care for the Alien 4 album, but the live version is pretty cool, with lots of lush synth and sequencer, providing either ambient texture or groovin’ leads. Alan and Richard provide a heavy and driving backbeat. Dr. Technical himself has mastered the MIDI so a lot is going on here. Tree’s vocals are okay, a bit of the raw talent, not a real great "singer." I find him very similar to Calvert at times, like on "Deathtrap." Not the best material Hawkwind has ever done, but I enjoy it. If you haven’t heard the band before, this isn’t the place to start. Recommended to the serious Hawkfan. And as much as I like the digipak format, they don’t hold up well.