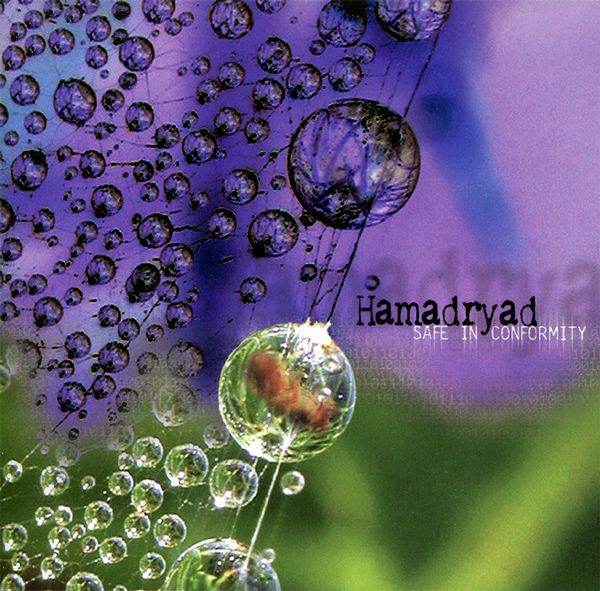 Montreal-based outfit Hamadryad’s sophomore effort finds them consolidating the gains made with their widely-hailed 2001 debut, Conservation of Mass. The band faced a serious challenge with lead singer Jocelyn Beaulieu’s departure in 2002, though bassist Jean-Francois Desilets’ assumption of those duties hasn’t dampened their creative energies (though I have to wonder how this will translate to the stage). This album is brimming with classic progressive rock vitality and panache, mostly recalling Genesis at their best, though Gentle Giant gets several nods as well, particularly on the heady closer “Omnipresent Umbra.” Guitarist Denis Jalbert chews scenery from start to finish, firing off blistering electric leads and solos one moment, charming the ear with blankets of gentle 12-string the next, and covering metal and alt-rock grunge besides. Almost as good is keyboard player Francis Doucet who is a superb player, though his role is more foundational and his choice of coloration and textures is more derivative. Rounding out the quartet is drummer Yves Jalbert (Denis’ brother) who should perhaps back off the Neal Peart act some, though with such a dynamic instrumental stew it’s better to have an overly-active player than the reverse. I found Desilets’ singing an obstacle to enjoying the album at first, though this passed after successive listenings. Besides, his bass work (not to mention bass pedals) is terrific. While not blazing any new ground, Hamadryad have nonetheless managed to produce a weighty collection of well-crafted and superbly executed prog rock that many Exposé readers will surely enjoy. Recommended.