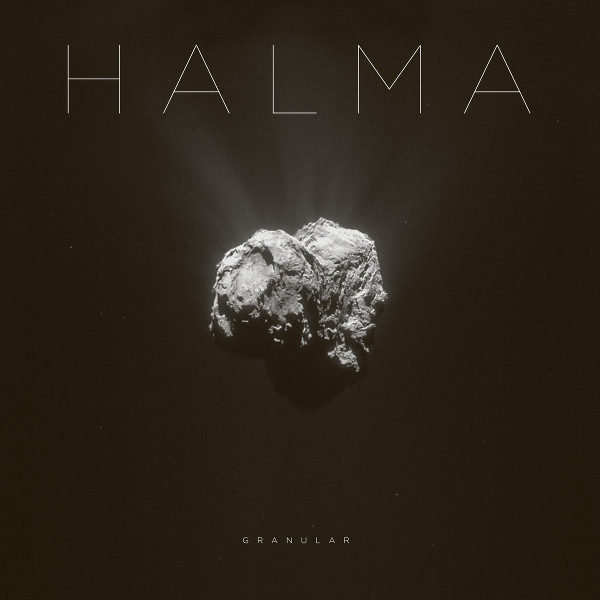 The genre that’s come to be called post-rock has a pronounced fondness of tempos in the slow to medium range, even to the point where a style has cropped up called “slow-core.” In the case of Halma, the “slow” in “slow-core” refers to both the speed of the pulse and the speed of development in the arrangements. This Hamburg band is not in a hurry to get anywhere. But that doesn’t mean the music is dull – and it’s refreshing to hear music not made for people with short attention spans. In mood, I’m often reminded of Pink Floyd’s spacier, less song-oriented pieces (you know, like “Echoes”), and only the relative lack of keyboards belies that impression. A tune like the opener, “Deep White,” features an easy groove on drums played with brushes, a droning bass line, and a slow-moving melody on guitar, all mixed up with lots of atmospheric echoes, building up gradually and then dissipating into nothingness in the course of its eight minutes. The other five tracks are broadly similar, though to be fair, the pace does actually vary, with both “Riverbed” and “Dirt Devils” venturing up into the medium range. Guitars are played with a variety of tones and techniques, including twangy morphine-surf, swelling volume-pedal clusters, infinite ebow, woozy reverse-echoes, and squalling feedback. Halma presents a spacey, somewhat psychedelic take on post-rock, providing a slightly different twist on a genre full of bands that sound nearly identical.