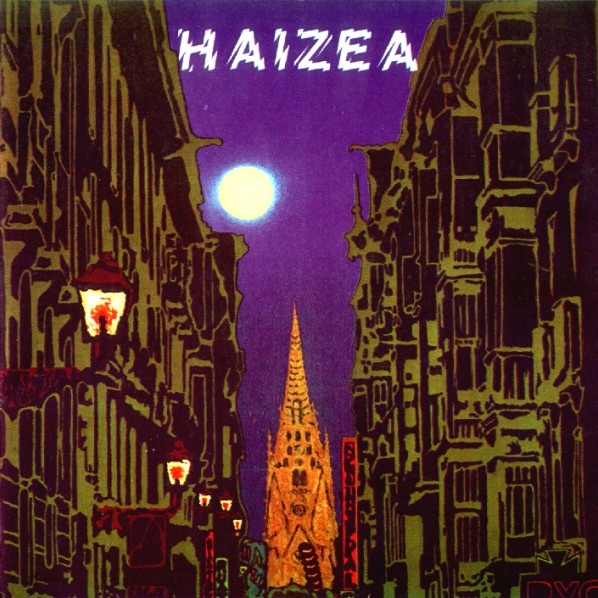 Another obscurity originally released on the Elkar label, Haizea were a five-piece from the Basque area of Spain. Sporting a sound that could best be described as psychedelic electric folk, the instrumentation consists of guitar (sometimes two), bass, drums, flute, assorted percussive things, and the captivating voice of Amaia Zubiria. Hontz Gaua was their second album. Musically, a few parallels could be drawn with the late 60s San Francisco sound, yet tempered with flavor of local folk music and given an overall better sense of direction. Instrumentation is primarily acoustic based, many tracks are sans drums, with long moody stretches of flute and shimmering electric guitar Popol Vuh style. In contrast, there are some very riveting moments, like the sizzling electric guitar leads on "Arnaki" – one of two instrumentals on the album. Amaia's voice may remind at once of any of a number of west coast folk-rock singers of the late 60s, or perhaps even Sandy Denny or Maddy Prior; her voice is direct and fluid, not abrasive, and is perfectly suited to this type of music. Lyrics are all in the Basque tongue, so I have little to say about them, other than some, when combined with the music they accompany, seem to have a presumed Christian connotation (the latin lyrics and baptism with water at the beginning of the title track, for example). The fourteen minute title track is an opus unto itself, beginning with a gregorian chant, through the aforementioned 'baptism,' and into an introspective flute and guitar piece topped off with vocal harmonies, on to the percussive section, then back again to the vocals. In all, a compelling album that may be a little too low-key for some, but fans of Popol Vuh and similar types of music will find plenty here to enjoy. Highly recommended.

Barclay James Harvest - XII – Keyboardist Wooly Wolstenholme’s last studio recording with BJH was a mixed bag of ideas that showed how he had reached a cross roads with the group he helped form in 1968. Songwriting style changes...  (2006) » Read more

On the Perils of Virtual Reality