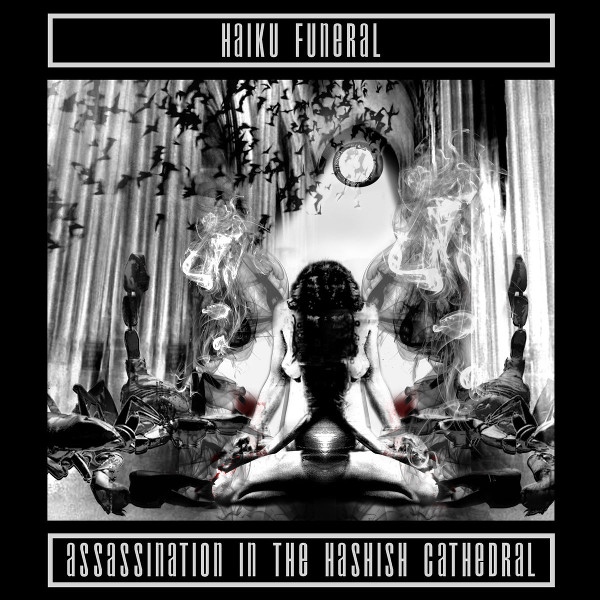 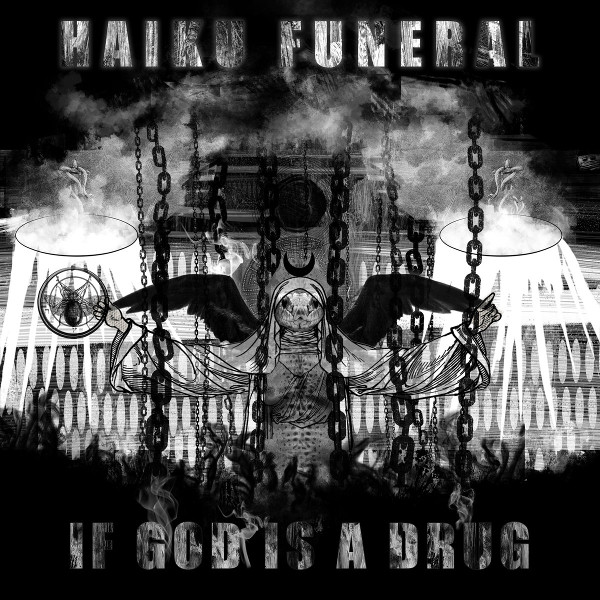 At hand we have the second and third releases by Haiku Funeral. The nine tracks of Assassination in the Hashish Cathedral explore dark grotesque soundworlds, laced with disturbing gothic imagery, occult visions, hallucinations and nightmares of schizophrenia and paranoia amid numerous drug references. Menacing demonic screams and spoken tortured voices and whispers are all set in a bleak industrial labyrinth. I’ve reviewed a lot of discs in my time, and none have been as frightening, disturbing and sinister as this, intentionally seeking to terrify and alienate the listener. Haiku Funeral is the duo of Dimitar Dimitrov (electronics, spring drum, voices), a veteran of Bulgarian black metal bands like Glades of Doom and Corpus Diavolis, and bassist William Kopecky, who Exposé readers will know from his work in Far Corner, Yeti Rain, Snarling Adjective Convention, and the band bearing his family name – as well as his work with Pär Lindh Project. Trust me, Haiku Funeral sounds like none of those. Kopecky also contributes voices, whispering, spring drum and more. If God Is a Drug is similar to its predecessor in most ways, although it does seem slightly less alienating, embracing more of a rock percept on several of its dozen cuts. That said, neither of these are for the faint of heart.