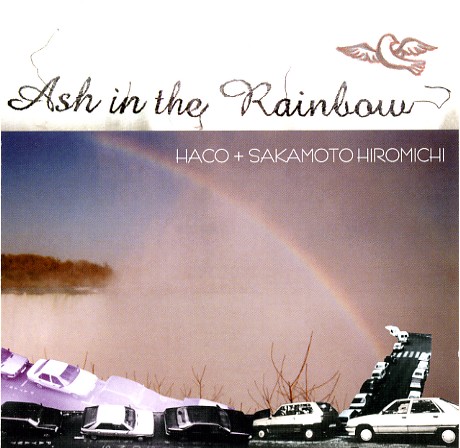 Haco was the singer for After Dinner, while Sakamoto Hiromichi has played in a Pascal Comelade cover group and Lars Hollmer’s SOLA. On Ash in the Rainbow, they combine her voice, sometimes multi-tracked, his cello, and many effects to create experimental art pop. Some of the material is rather melancholy and pretty, while other tracks are more typical of the ReR catalog and would be best described as quirky. Most tracks are with the duo, but percussionist Era Mari also plays on several tracks. The sparse arrangements avoid sounding thin due to the sampled sounds and studio work. Highlights include the shoegazing title track, and the somber and fragile “Zero Hills.” At its best the music is pretty and infectious. The ones with English lyrics, in the minority, can be dadaist and nonsensical. The odd cut like “Hot Road” combines both rather well. In all though I don’t really connect with the material emotionally. I like it better than Haco’s work with After Dinner, but it seems like a work easier to admire like a crystal, than it is to relate to as a listener, something innately alien. For some this will be perfect listening.