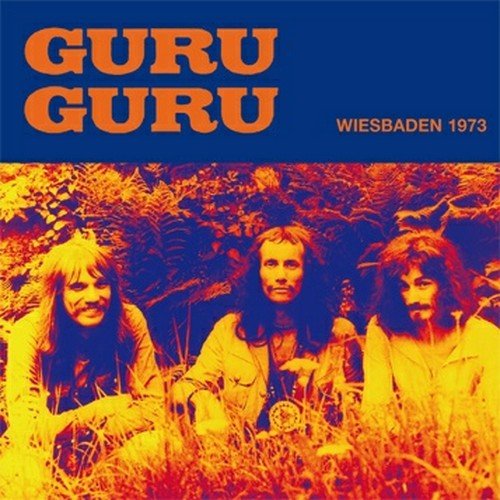 This show, recorded at Wartburg Auditorium on September 17th '73, features original guitarist Ax Genrich and drummer Mani Neumeier, along with new bassist Hans Hartmann, who had just replaced outgoing bassist Bruno Schaab only a couple months earlier. At this point they had recorded the material for their as-yet-unreleased album Don't Call Us (We Call You), two tracks of which feature in the live set at hand (a 17 minute version of "Round Dance," and "Das Zwickmaschinchen"). Guru Guru is best known for their hyper-extended psychedelic jamming, and here they certainly deliver the goods with an amazing 38 minute workout of "Ooga Booga" from their earlier album Kän-Guru. The set was recorded using two microphones and a high-end cassette recorder. Overall, the sound is as good as can be expected for an audience recording, although a bit compressed at times, and the vocals (always a bit incidental with Guru Guru anyway) tend to get lost under all the intense jamming. That said, there are parts of "Ooga Booga" that are so blazing hot, the trio seems like a runaway train about to jump the tracks. As always with Garden of Delights releases, there is a fat 24 page booklet packed with information (in German and English), plus a discography and many rare photos from the period. A solid recommendation for those already familiar with the band’s studio albums from '70 to '73.