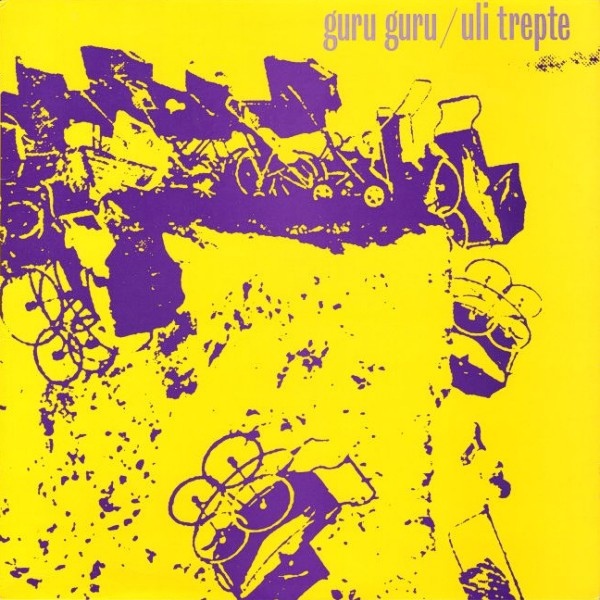 Back in the mid 80s, in between the era when all the original German 70s rock came out on vinyl and the reissue era, and when many of these albums started to emerge from legend due to the "Nurse with Wound" list, United Dairies released this package, which was essentially a prime live Guru piece ("Bo Diddley") paired with the demos of a never released Uli Trepte solo album (Trepte was of course the bassist on the early Guru Guru albums). Guru were just as incendiary live as on their albums and weren't documented originally at the time, so it was a rare treat. Trepte's solo music was quite the revelation as well, especially backed up by Embryo stalwarts Christian Burchard and Roman Bunka. Since this original release, the material has been reissued at least twice. As Live & Unreleased an added 23 1/2 minute version of "Der LSD Marsch" has been added to only sweeten the pot. All of this music is as good as it gets and while over the years Garden of Delights and Cleopatra have released other good early Guru Guru material, I think the big pieces on this might be the very best representation of the era.