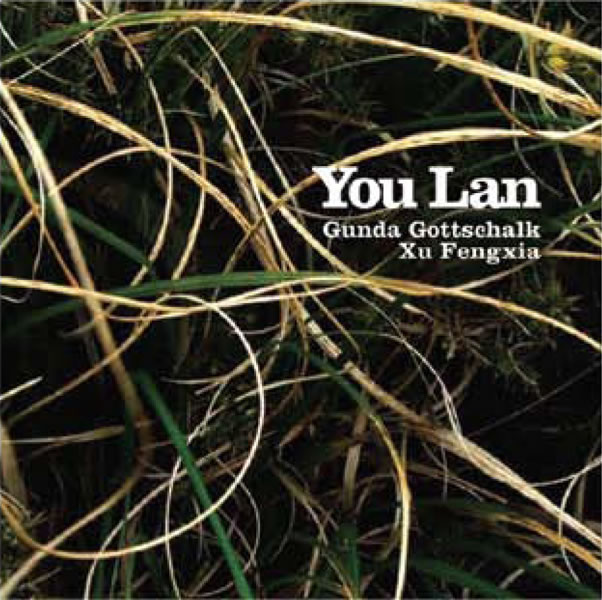 Here we have a set of live improvisations with Gunda Gottschalk, a German violinist, and Xu Fengxia, a Chinese guzheng player; both of them also provide vocal sounds. The guzheng is an ancient Chinese zither-type instrument, the precursor to the Japanese koto, which has 21 strings tuned to a pentatonic scale. Both players experiment freely with different non-standard ways of producing sounds from their instruments, though they are also skilled at the traditional modes of play. The two have been working together for a long time, previously as members of the late Peter Kowald’s 365 Days and Global Village ensembles, and continuing in other collaborations with Barre Philips, Baby Sommer, Le Quan Ninh, and others. While it’s certainly true that improvised music featuring these two instruments (plus “extended” vocal techniques) could be difficult going, I find the music pleasantly listenable, even though it’s clearly not catchy or conventional in any way. Perhaps it’s because the guzheng is an inherently tonal instrument – you’d have to mess with the strings quite a bit to be truly atonal – or maybe it’s just that the players’ intentions run in other directions, but there’s not a lot of jarring dissonance. The vocal elements are occasionally strange, involving growls, yowls, and ranting, including some Chinese from Xu that I could almost make out (something about “can’t go home,” I think), but never annoying, at least to my ears. Neither woman uses any electronic manipulation of the signals, so there’s an organic quality to the sound.