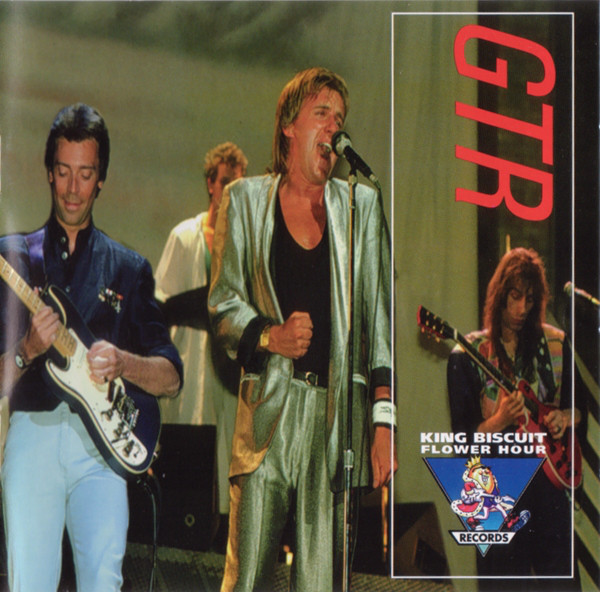 1986: a transitional year when two frustrated but previously successful English guitarists decided they would pool their talents and start a new project. The focus for this group would be on two things that were sorely missing from both Steves' (Howe and Hackett) participation in their last groups: guitar playing and songwriting. The band recorded one studio album and then went on tour in the U.S. to consolidate fans from the Yes and Genesis camps. This new disc from the KBFH archives shows a hot, well-rehearsed band meeting both ends of the spectrum; e.g., don't alienate our core followers but create some new pop tunes. Given that premise, I think it succeeds 80 percent of the time, since we're presented nearly 80 minutes of one the band's last live performances from L.A. (7/19/86). We get to relive Hackett's Genesis medley (including a respectable "I Know What I Like"), "Spectral Mornings," and Howe's "Roundabout" and "Pennants" (all band high points), but we also have to wade through Asia-type tracks ("The Hunter" and the unreleased "Prizefighters"). Band interplay, especially between the two guitarists, is quite good and much heavier than on studio versions. Balance between acoustic and electric guitars is also notable on "Imagining" and "Reach Out (Never Say No)." Jonathan Mover shows adept power at the drum kit (long before his work with Joe Satriani) as well as Matt Clifford on keyboards (prior to ABWH and the Rolling Stones). Vocalist Max Bacon gets singled out again as the weak focal point, but if you can block him out (along with comparisons to Styx), then you will enjoy a strong live representation of a short-lived but very enjoyable group.