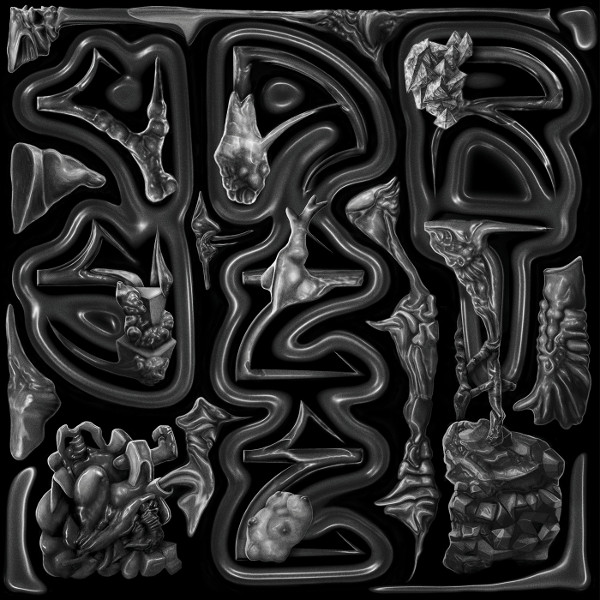 Varyete is the collaborative and split release by Istanbul’s beats scene artist and archivist Grup Ses and Turkish electric saz musician Elektro Hafız, now residing in Köln, Germany. Some of the tracks are collaborations between the two, others are solo compositions. The result is a set of 15 tracks of progressive, psychedelic, electronic, beat music, at times experimental, but not identifiable as Anatolian or Turkish in origin. Side One focuses on Elekro Hafız and Side Two on Grup Ses. The opening track, “Mega Hafıza 2 (with Grup Ses),” is based around Elektro Hafız’ electric saz and Grup Ses’ strong beats, a killer opening track. “Gargara” goes further into freaky psychedelic territory with Tuvan throat singing and delays. Then they jump back to “Mega Hafız 2 (Grup Ses acid cut)” with heavy bass, drums, reversed tapes, and a dub sound. “Aralık” is a short track with heavily reverbed saz. Next is “Yarım Pansiyon (with Grup Ses)” with sped-up tapes and a touch of a Mid-Eastern vibe. “Ağar (Onofon remix)” is a remix from Berlin’s producer Onofon, an excellent atmospheric electronic soundscape with delays and synths. And Side One closes with “Yarım Pansiyon with Grup Ses (Da Poet Remix),” remixed by Istanbul’s acclaimed hip hop producer that features stuttering beats, a ton of processing, sped up tapes, and some moody ambiance. Side Two kicks off with Grup Ses’ “Atardar Operasyonu,” a track on heavy rotation on Istanbul’s dance floors that is officially released on Varyete. “Re Ya Hat (with Roadside Picnic)” follows and features looped sequences and the only vocal performance on the album. “Paran Yetmez” is a crazed sample heavy beat track. “Analog Şeytan (VIP Mix)” features a demonic voice, harsh synths, odd sounds, and laughter. Then we encounter “Grup Ses meets Salah Ragab in Spacetime” with more stuttering rhythms, delayed sounds, and a sample of Egyptian jazz musician Salah Ragab. “Büyüleyici part 4” and “MMH Extended Edit” provide more experiments with loops, samples, and electronics. And the album closes with “Telesafir 2,” a dark and sinister piece with strings droned without distortion effects. Overall Varyete is a quite impressive album.