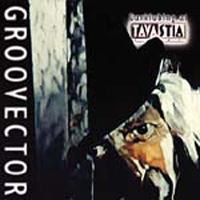 From time to time I see a band criticized for not realizing what their own strengths are, for moving out of the area where they shine. I’m wary of that kind of reasoning, as it should be the musicians, not listeners, who determine their artistic direction. After all, different listeners will have different ideas about what makes a band special. However, I find myself making exactly that sort of statement about the new Groovector live recording. This band can produce some really wonderful music, instrumental passages that combine symphonic rock with jazzy fusion inclinations, heavy on the flute, with Camel probably the best-known comparison. It is when they incorporate vocals into the mix that things fall apart. Trite lyrics in English combined with a heavy Finnish accent, questionable intonation and awkward delivery make for an instant killer on the quality. I think I have enough objective evidence in this live recording to justify my opinion. Of the seven tracks here (four from a show in 2001, three from 2002), more than half do not appear on the group’s previous studio albums, and five have vocals. During the times when no one is singing, the music is pleasant enough, reminiscent of Camel’s Snow Goose, with good flute, guitar, and keyboard work, but not outstanding enough to overcome the negatives. All in all, this is a disappointing effort from musicians I suspect can do better.

Admiral Ted Brinkley (semi-ret.) - Directs the Verrugoso Vista Junior Junior College Grads of ‘77 – Here’s something that came right in out of left field; the artist, title, liner notes and everything else about this disc appear to be some kind of prank – except for the music, that is....  (2006) » Read more