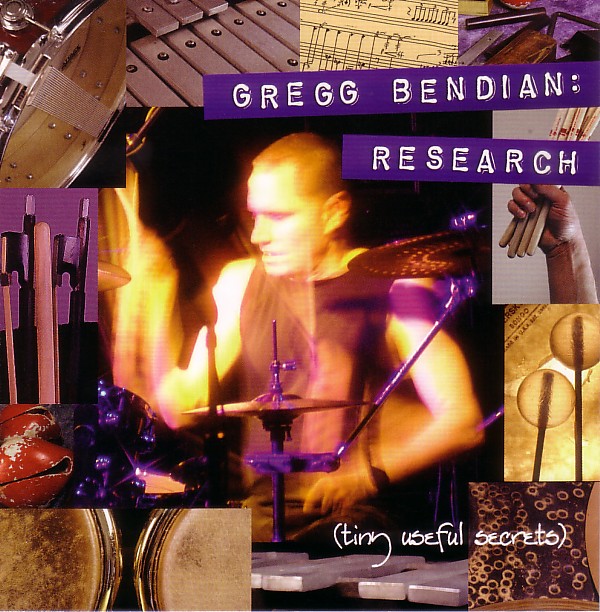 The challenge for a compositional drummer is for the solo percussionist to be consistently engaging to the listener. Dedicating each of the pieces to a specific personal influence helps create a passageway to confront the furious playing Bendian has been known to espouse. Master tabla player Zakir Hussain is called upon in the opening cut with a furious display of toms and bottles where the impact is on the performers’ phrasing rather than a clear song construct. The most interesting classical composer chosen is Charles Ives, put across in “Danbury,” where bowed vibes and glockenspiel give an unsettled ambient texture that works. In contrast, the most musical track on the disc is for solo marimba linked to classic jazz drummer Red Norvo. Probably the noisiest piece for solo snare is “For Steve McCall” while “Mixture” sounds like something King Crimson 74 could have dreamed up. Compared to other all-percussion efforts such as those by Terry Bozzio, Bill Bruford or Stewart Copeland, Bendian’s focus is laying bare individual traits that have both informed the drummer’s mindset as well as pushed him forward to explore jointly rhythmic and melodic possibilities. Bruford comparison points also appear on “One Million” that taps Max Roach (who reportedly saw many KC double trio gigs). Bendian’s playful start and stop approach heavily resonates from both master drummers’ styles. Overall it’s the composer’s sense of discovery with defined limitations that epitomize the personal successes documented in this recording.