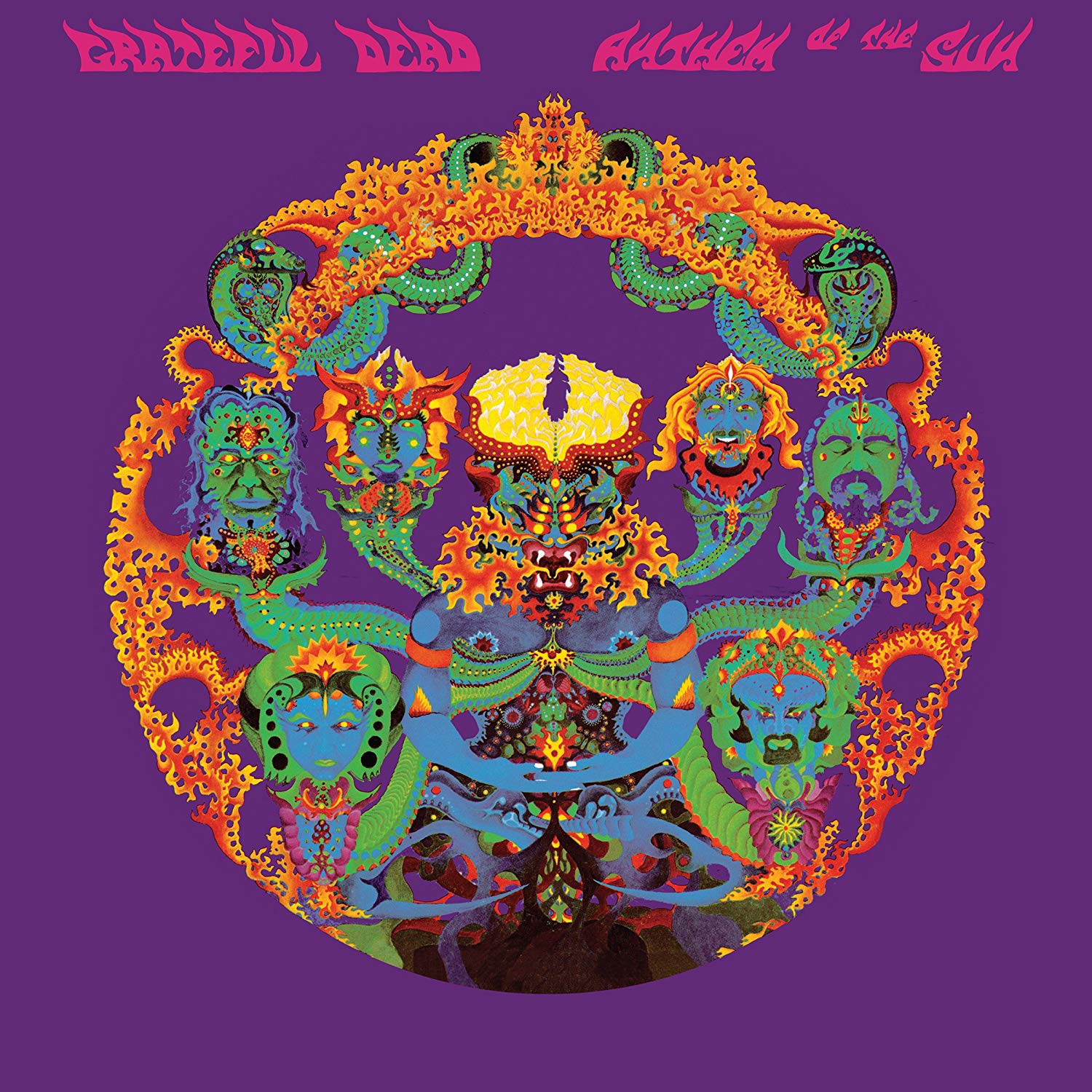 A most important reissue in that it contains both the original 1968 mix of Anthem of the Sun, the Grateful Dead’s most psychedelic and experimental album, as well as the 1971 remix, which is the only one that has been available on compact disc up to this point. Those who have vinyl editions from prior to ’71 will have heard the original, which contains much of the chaos and experimentation right up front by then-newest band member Tom Constanten and bassist Phil Lesh, mixing studio performances with multiple live performances and and other experimental recording techniques (all detailed in the 50th Anniversary booklet), enough to drive producer Dave Hassinger to throw his hands up and walk out of the sessions. The album contains basically two long suites: “That’s It for the Other One / New Potato Caboose” on side one, and “Alligator / Caution (Do Not Step on the Tracks” filling up the entire second side of the LP, both of which would feature prominently in Dead live shows of the period, and then at the end of side one is the two-minute Bob Weir penned “Born Cross-Eyed,” which was also released as a single. After a few years and a lot more studio experience, Phil Lesh wanted to take another stab at mixing the album, with a more pronounced low end and crisper sound overall, and lessening the prominence of some of the more disorienting elements of the original. Both mixes are very cool, and here both versions of the album in their entirety are featured on disc one.

The second disc of this set is a live show from October ’67 at Winterland in San Francisco, featuring “That’s It for the Other One” and “New Potato Caboose” from the as-yet-unreleased second album, several great tunes from the first (“Morning Dew,” “Beat It on Down the Line,” and “Cold Rain and Snow”) plus “It Hurts Me Too” and “Turn on Your Lovelight,” a tune that the Grateful Dead would make their own over the course of many live shows throughout their early career. The second disc is a testament to the power that the band had when playing live, even way back in late 1967! For this live show, second drummer Mickey Hart was already part of the band (but Tom Constanten wouldn’t join until the sessions for the studio album). Jerry Garcia and Bob Weir are already displaying telepathic tendencies in some of the extended jams, with vocals shared by all band members (except the drummers). This is definitely a live show worth its weight in history alone. The packaging for the set includes a slipcase with a lenticular photo of the original cover (3D) and a booklet that describes the sessions in detail.