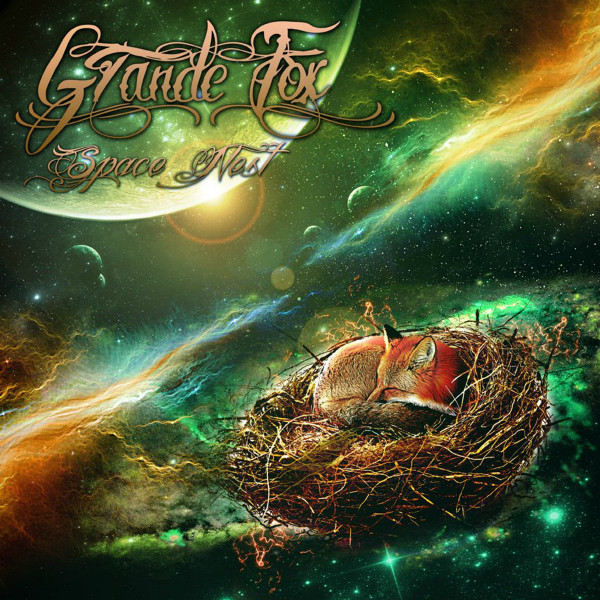 Listeners hungry for the sound of classic 70s rock have had plenty of new music in the last few years to scratch their itch, what with all the German and Scandinavian bands in the same vein. Grande Fox proves that the urge to build on those glory days exists in Greece as well. The band formed in 2014, and released this, their debut album, in 2016. It’s getting a new push ahead of their second album, which is due later this year. Space Nest is full of heavy riffs, bluesy rock-screamer vocals, and raw energy. There are also some trippy sections to justify the word “space” in the album title. Unlike many other bands operating in this arena, Grande Fox avoids keyboards, opting for pure guitar onslaught, though with effects, there are some guitar parts that are almost organ-like. Singer Nikos Berzamanis is a vocalist in the classic mode, with a bit of gravel in his voice, but able to belt out high parts on key, and is also sometimes treated to effects. Lefteris Zaoskoufis builds his guitar riffs on the Tony Iommi formula, but for some of the overdubbed extra parts dabbles in reverse echoes and other treatments. As I understand it, the other two members on this album have since left the band, but their contributions are solid. These Greeks manage the tightrope act of playing in a well-established genre while sounding creative enough to not be simply derivative. Personally, I’ll take them ten times over a growling technical metal band.

Anyone's Daughter - First Five Reissued – Anyone's Daughter was one of a group of late 70s German symphonic bands who brought forth a highly melodic rock, colorful and saturated with emotion. Their vocal harmonies were strong, and...  (1993) » Read more