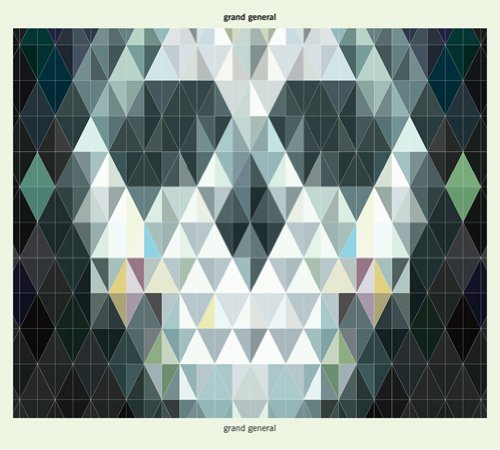 With the first couple tracks on this, Grand General's debut album, one could certainly be forgiven for thinking these were some lost out-takes from The Inner Mounting Flame, with their gritty fusion style, blistering jams, and violin at the fore. But the remaining four cuts by this Norwegian quintet will both underscore the Mahavishnu similarities, and also provide the listener with more evidence of the band's compositional originality, spirited cohesion, and superb playing. Track three is ample proof that the band is not only about pedal to the metal fusion, but also some gentle, almost pastoral moments, trace folk underpinnings, and occasional avant-garde flights. There's a lot going on here, and the more one listens to this, the more of those qualities are revealed. But in all endeavors here, melody reigns supreme, driven by forceful violin, a versatile keyboard presence at all levels, with powerful support from bass and drums, guitar occupying the middle ground and contributing to all aspects of their purely instrumental attack. With a debut album this powerful, how are they possibly going to top it on their sophomore release? I guess we'll have to wait and see. But for now, there's plenty here on their opening salvo to please even the most adventurous listeners.