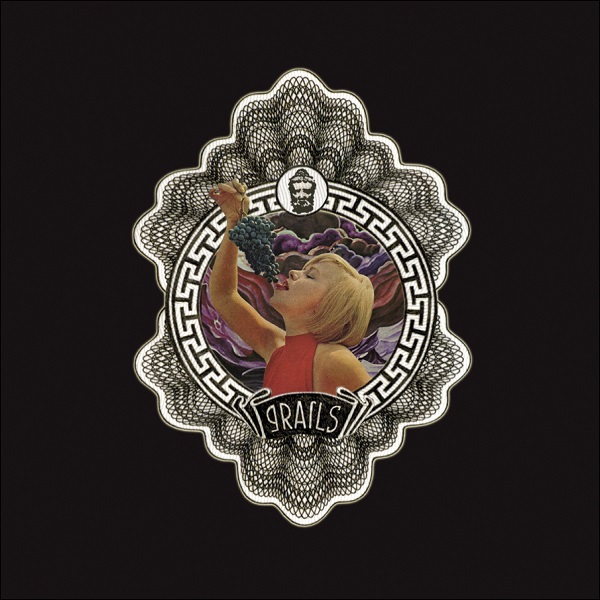 Grails are a band from Portland who have been recording and releasing music since 2003 and Take Refuge in Clean Living is their sixth release. The CD opens with “Stoned at the Taj Again,” a nod to Syd Barrett and Piper at the Gates of Dawn with its pseudo-Morse Code beeps. Then over the course of the five tracks the music develops into mind-numbing bass and drums overlaid by guitars. There are many shifts and turns in the music, from quiet electronics to massive percussive attacks! Along the way we encounter Manuel Göttsching-like sequenced guitar riffs and Ravi Shankar-like sitar jamming. The band is Emil Amos (synths, keyboards, guitars, tapes, vibes, vocals), Alex John Hall (guitars, samples), William Slater (bass, organ, harpsichord, harmonium, guitar, vocals), Zak Riles (guitars, feedback washes), and Ben Nugent (drums). Other reviewers have compared Grails to Hawkwind, Ennio Morricone, and Eno, which is quite a broad spectrum, though I don’t see the resemblance. In my opinion, these guys have studied at the master’s feet and created some amazing music that transcends Hawkwind, Eno, et. al. It is also wonderful to know that Space Rock is alive and well in the US after surviving so long in Europe. This spring Grails is on tour throughout Europe and sure to attract many more fans.