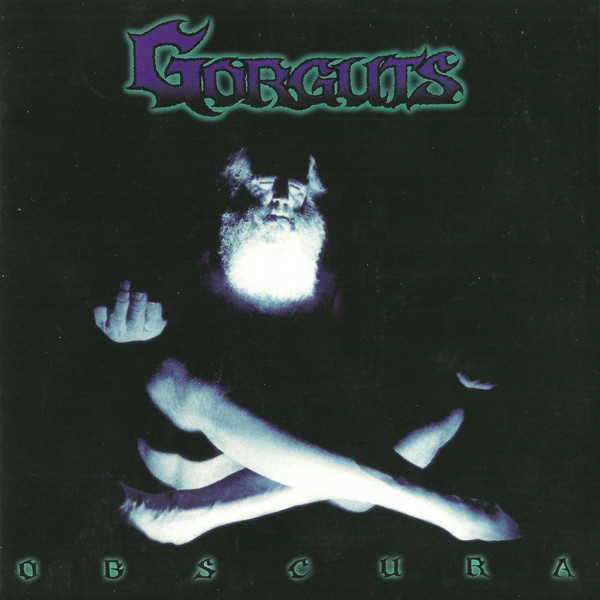 Obscura was Canadian death metal outfit Gorguts' third album, following several years later on two albums that were children of the Floridian style — Morbid Angel, Obituary, Cannibal Corpse, and many others. They were solid entries in the style but had not yet developed a personality of their own, it was still the work of youngsters wearing ratty Death t-shirts and mimicking the first wave of the underground. Death metal at the time was following up on thrash metal and even the most basic of bands had a streak of the progressive in their writing, with numerous stop / start changes and the occasional odd time signature, after all death metal was already one of the most transgressive of genres. But then Gorguts released their third album five years later and brought forth one of this genre's most transgressive albums, perhaps one of the five most inventive albums the genre ever brought out. Because while it had become passé to write complex, intricate and even harmonically rich music in the genre, Gorguts seemed to pull the strings out from deep within the compositions, fusing the style with a lot of slow marching doom and creating an elasticity of tempo and rhythm largely created by the groundbreaking guitar playing. It wasn't just palm muting here, there was tons of string / pitch bending, incorporation of insanely heavy feedback causing the sounds to squeal and moan, muting that would speed up and slow down, lots of play on guitar harmonics and it was all absolutely unrelenting, without any handrails to ease a listener along. Like one subset of the genre the lyrics went away from the Hammer Horror Satanism or shock gore into the realms of spirituality and suffering, perhaps taking an analogous path to Cynic, but without moving away from the anger. It ended up somewhere between the bestial and the sublime and on its way to exhaustion given that it ended up being ten minutes longer than the average release in the genre. To this day I don't think this one's ever been matched, even by the band itself whose leader is still pushing the boundaries that metal can achieve. It is the outer reaches of the extreme.

Ellis Marsalis - Ruminations in New York – Piano ballads! Whether you are seducing the ladies or getting stone drunk to forget them, a languid piano ballad replete with blue notes, suspended chords, and finger rolls is a perfect tone-setter....  (2006) » Read more