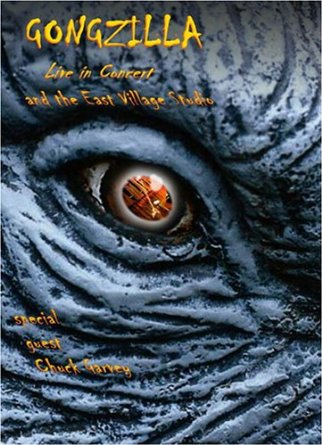 Bon Lozaga and Hansford Rowe have done a respectable job keeping their fusion offshoot of Gong alive and well and true to their vision. The bottom line is that the group serves up hot jazz-rock, merging vibes and marimba with searing guitar and bass in a classy format. This 2003 live gig and behind-the-scenes studio session DVD shows well the band’s strong points and unique chemistry. Benoît Moerlin (Pierre’s brother) is the real X factor as he can quickly switch from subtle soloist to busy chordal backing across the performances. His timely jaunt to the barber just before band sound check is also an anecdotal story to the band’s performance in NYC. The live gig is the first time I’ve had a chance to see the band, and their unique interplay is top notch. The set list runs the gamut of material from Suffer and Thrive to more recent pieces from the band’s catalog. Having Gary Husband (ex-Allan Holdsworth) on board also works as pacing through the set is kept consistent. The film is not unlike what one would see if the band had performed at Austin City Limits with a little less crowd interaction. Jam band icon Chuck Garvey from moe. also lends a creditable axe to the closing piece, “Image.” Overall the band is a hot club ticket anywhere up and down the East coast tour route, so don’t miss them.