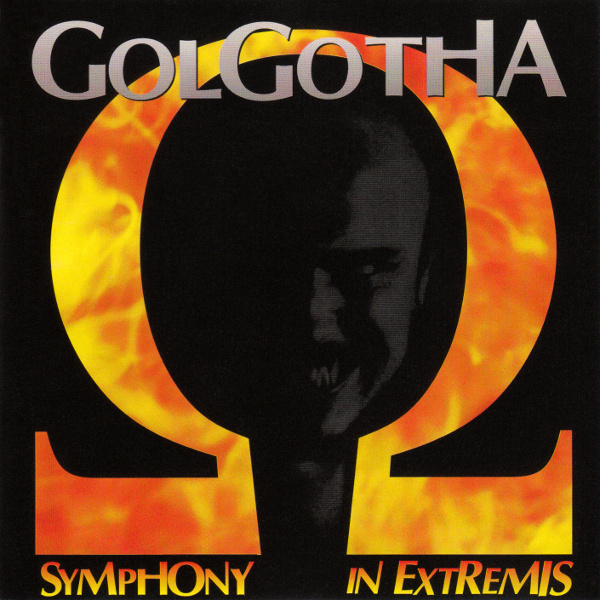 Once a full band, by the first release - Unmaker of Worlds (1990), Golgotha had already scaled down to being the singlehanded project of one Karl Foster. That release, with its four lengthy tracks, bore out the evidence that progressive rock can also be excessive and agressive - beautiful and destructive. Golgotha's sound effectively can be described as keyboard-driven symphonic progressive-metal, complete with frenetic Arthur Brown-esque style vocals. On Symphony in Extremis, Foster has further refined this trademark sound, smoothing out many of the rougher edges, while offering a concept worthy of attention, especially in these divisive times: the lyrics explore the then-popular rationale, attitudes, and bogus ideology that led to the holocaust in Germany, complete with printed lyrics and booklet photos that may be more than a bit disturbing at times - certainly not for the faint-hearted. The album consists of only this one 40 minute gargantuan epic, powerful and stunning, divided into four parts, each with its own focus and direction. Musically, by comparison to the first album, this is much more symphonic and less hard edged, utilizing dense keyboard overlays and a four piece choir; but there are still plenty of soaring metallic guitar passages with some heavy distortion. For those who require comparisons, musically this could be aptly described as The Enid meets seventies Rush. My only complaint is the use of programmed drums; although they don't detract from the overall effect of the album, it could've been that much more powerful with the added dynamics of real drums and percussion. In summary, if you don't mind the very direct and to-the-point concept lyrics, and a musical style that some may consider pretentious, this is an excellent album that delivers on many levels.