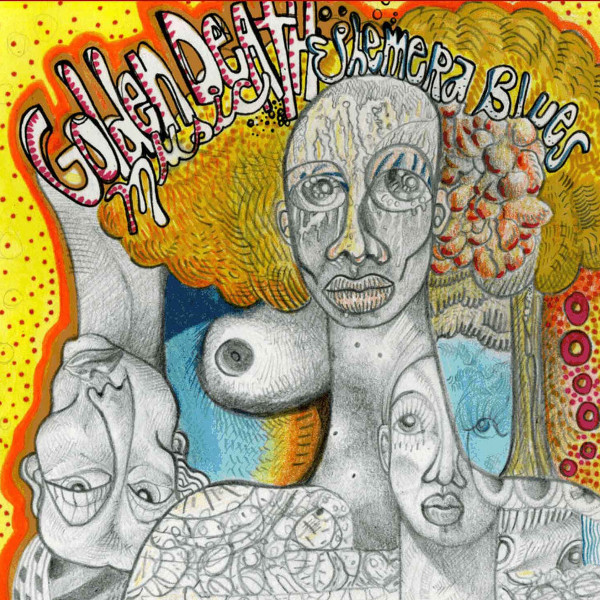 Hmm, Golden Death Music. Not your usual Black Death Music, or any other color, but Golden. There is a certain glow to the sound, and while it’s not exactly morbid, it’s certainly not cheerful. Put it down to a perverse whim of an artist to deliberately make his music seem unappealing. I mean, the number of people who willingly seek out Death Music is rather small. Anyway… Michael Ramey has crafted an album of simple virtues and off-kilter art that should appeal to many. There is a definite psychedelic flavor to the songs and the production, achieved by way of some spaced-out backings, odd noises, echoes and trippy singing. Kind of like Syd Barrett with a laptop. But lest you fear the dreaded digital plague, the sound is quite organic, built up primarily of acoustic guitar and vocals. Many songs are backed by supremely distorted electric guitar, but it is mixed low enough to be mood and not motivation. Percussion is relatively limited, confined to a few tracks, and the way it’s mixed I can’t honestly tell if it’s played live or programmed. There’s a lovely little booklet of odd stories and drawings to accompany the recording, which is a little of a pain because the digipak doesn’t have a pocket for it. But small inconvenience aside, this is a great example of psychedelia crossed with technology.