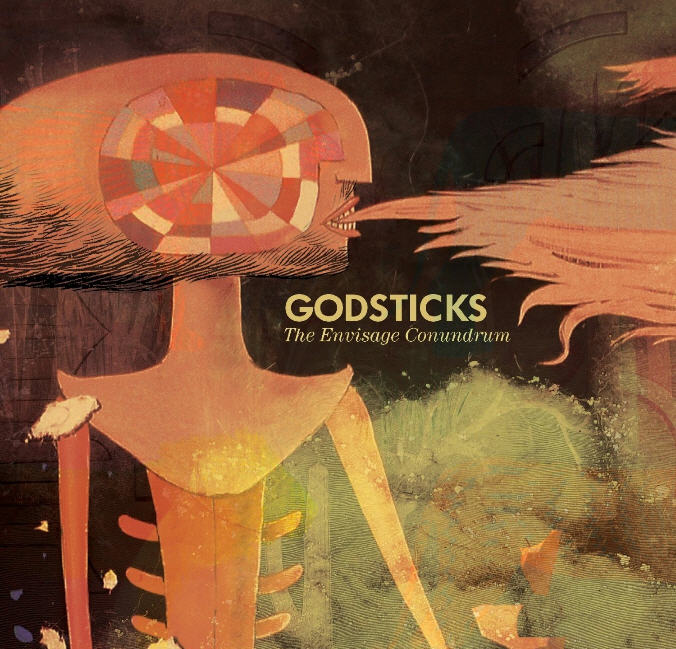 This Welsh trio has come a long way since their debut EP five years ago, this now being their second full length release. Darran Charles is the singer, guitarist, keyboardist, and primary songwriter, while Dan Nelson and Steve Roberts support on bass, and drums/keyboards respectively. The band plays their own brand of modern power-progressive rock, refined and refreshing in its approach, more oriented to the song and lyrics than the extended opus, looking forward not back. If someone is looking for bands trying to channel classic Genesis, Crimson or Yes, don't look here – this is the wrong place. Charles apparently is doing all the singing – including the excellent harmony vocals throughout the recording, which is an integral aspect of Godsticks' sound. Instrumentally they are powerful and punchy; guitars that snarl with aggression and piano that sparkles pure magic, with an outstanding rhythm section that supports the effort well. The compositions and lyrics are melodically well balanced, accessible and catchy, but impressive in their uncanny ability to eschew predictability. There are plenty of solos throughout the album's twelve cuts, but with a few exceptions they are presented sparingly and always in support of the song, amazingly well executed, and never to excess. There is one instrumental cut here, the Roberts composed "Disclosure," an inspired four-minute piano piece that prefaces "Borderstomp," the album's only extended suite. Those who enjoy bands like Izz, Beardfish, and similar proponents of the new progressive (small p) sound will find plenty to enjoy in Godsticks' latest effort.