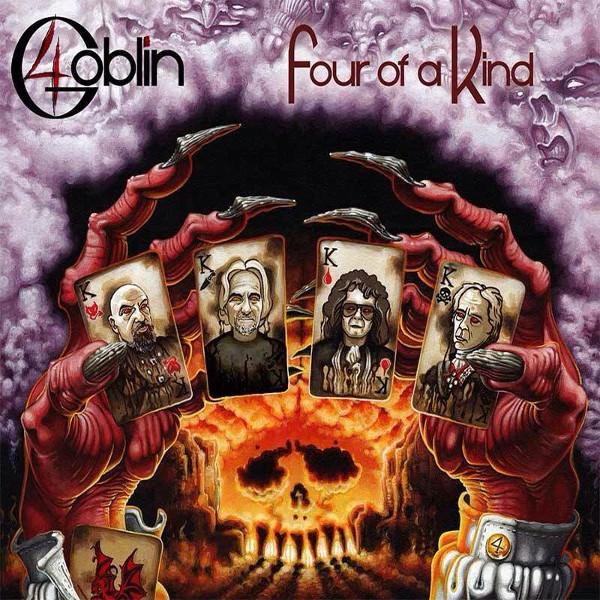 Goblin needs no introduction to anyone familiar with Italian progressive music. The band has been around since the 70s, the undisputed masters of dark progressive horror music, bifurcating into different groups: Goblin, Goblin Rebirth, Cherry Red, etc. The 2015 incarnation consists of original members Massimo Morante, Fabio Pignatelli, Agostino Marangolo, and Maurizio Guarini. Keyboardist Claudio Simonetti departed on a different career path a long time ago, but you wlll not miss him on Four of a Kind. If I were to characterize Four of a Kind in one word, that would be confident. The eight album instrumentals and the live bonus track are consistently strong, loud, bombastic, melodic, gothic, dark progressive masterpieces. After 40 years Goblin continues to deliver the goods! Across the album are generous doses of Hammond organ, analog synths, power chords, searing guitar leads, and heady drumming. Even though Goblin cut its teeth writing the soundtracks to Dario Argento’s horror films, the music on Four of a Kind is too front and center for a movie soundtrack. There are moments on the album that refer back to earlier days like “Mousse Roll” reminding me somewhat of Suspiria. Then there is “Dark Blue(s)” with its lyrical guitar lead similar to Roy Buchanan. “Love and Hate” is an interesting instrumental as it creates a raucous discordant sandwich of sound wrapped around a beautiful and quiet harpsichord/piano/Mellotron interlude. The closing bonus track is from a live performance at the Mohawk in downtown Austin, Texas on April 29, 2014. This is twelve minutes fantastic lead guitar, tons of analog synths, and a cool drum solo, a performance I am sure that many of the Austin bands we’ve covered attended.

Nili Brosh Has the Feels