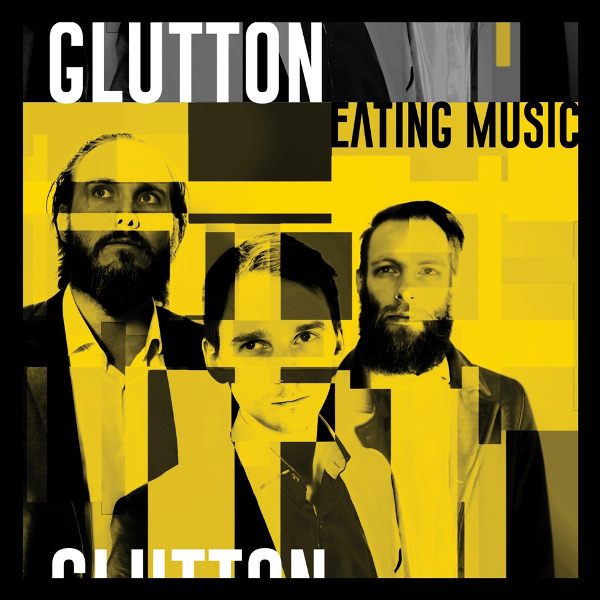 A glutton is an excessively greedy eater, and the Norwegian alt-rock power trio Glutton consumes music and influences and produces music that defies categorization. Released in May 2019, their third album, Eating Music, is a set of nine tracks that is a hard-hitting exploration of different styles. Employing a full horn section, strings from Kari Rønnekleiv (Motorsycho, Ulver, Sunn O)))) and Ole-Henrik Moe (Honest John, Sheriffs of Nothingness, The Island Band, The Olsens), Thomas Meidell (The Samuel Jackson Five, Mt. Melodie, Metronomicon Audio) and Trond Gjellum (Panzerpappa, Suburban Savages) on samples, synthesizers, and percussion, Eating Music has become the sound of several experienced musical forces combining to create an ambitious clash of control and spontaneity. Ranging from the neo-prog of the opening track “Far Away” to the ambient electronics of the “Eating Music” interludes, to the dark percussive “The Tomb of the Ontonaut,” to the cool liquid electronics of “Pinhole,” to the melodic harmonics of “Future Blue,” “Holes in Time,” and “Space in Our Hearts,” there is something there for everyone. An album you probably did not expect.

Värttinä - Ilmatar – With Ilmatar, the Finnish band Värttinä enters a third phase of their career. The switch to NorthSide puts them in the company of many like-minded Scandinavians. Like Sweden’s Hedningarna and...  (2001) » Read more