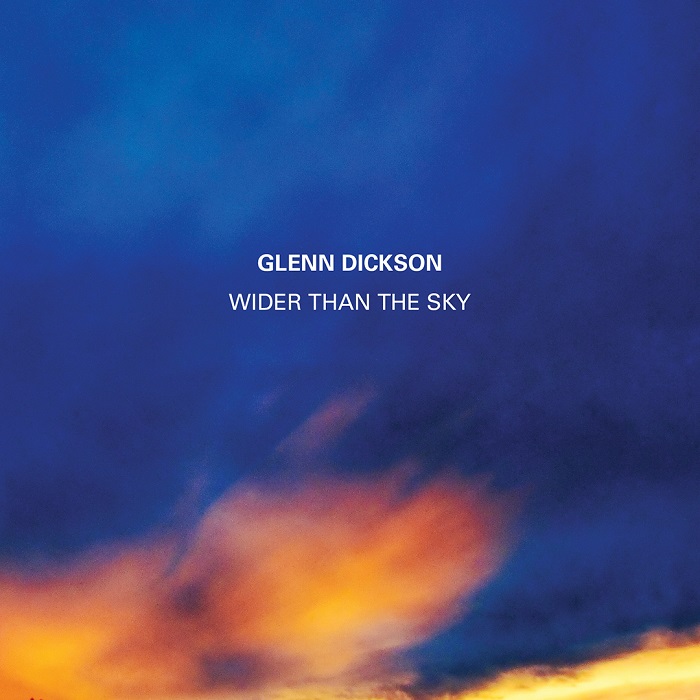 Having played with the bands Naftule‘s Dream and Shirim on John Zorn’s Tzadik label, Dickson is probably best known as a klezmer clarinetist; his first solo album, Wider than the Sky, offers only hints of his klezmer roots, but otherwise opens up entirely new worlds of solo expression through the use of loops and delays. Dickson began working solo in this manner in the early 2000s, performing live whenever the opportunity arose, but it was the pandemic and the associated lack of performing opportunities for his other endeavors that provided the spark to get the project moving again, eventually leading to a weekly streaming session to sustain his musical life through the worst of it. The recording of the seven tracks at hand was done in two sessions from August 2021 with all of the sounds created live in real time. The backing loops appear gently from seemingly out of nowhere, with delays capturing melodic fragments as they slowly build and drift away, with live clarinet superimposed over the foundational loops. On the opener “Introit,” a listener can clearly hear the strong klezmer influence in the clarinet as it navigates through the slow revolving cycles of backing drones. On “Pursuing Winds,” the gentle warble of notes rises up from behind with layered glissandos, while a solo melody finds its way out through the storm. As the album proceeds, layered pieces like “Gentle Touch” and “Brave Shines the Sun” tend to lull the listener into a hyper-relaxed state, as the dreamy loops bend and swirl amid the clarinets slow evolving live presence. The thirteen-minute “Memories Lost” and the sixteen-minute closing title track both feature a strong meditative thread that slowly carries each piece forward over the duration. As I listen to this, I’m often reminded of elements of Fripp and Eno’s Evening Star, except for solo clarinet instead of electric guitar, as many similar structures follow their own paths and eventually just fall into place magically.