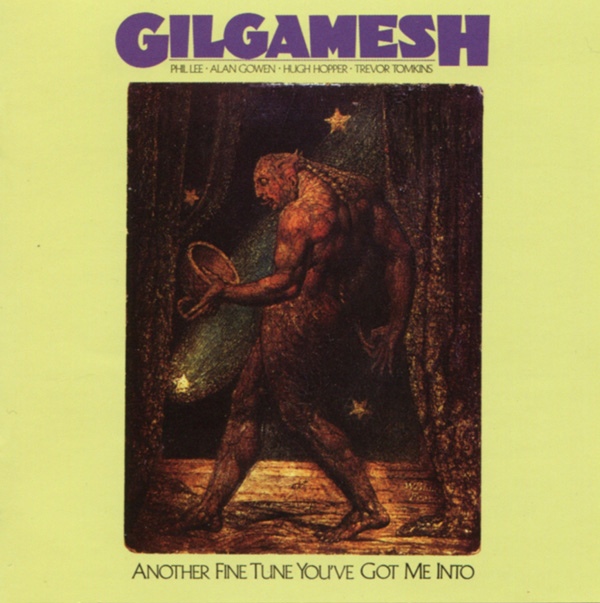 Gilgamesh's second album is a work of rediscovery for the original two lead voices of the band, Phil Lee (guitars) and Alan Gowen (keyboards). Gowen had just returned from a tour of the U.S. replacing Dave Stewart for what was to be the final live incarnation of National Health. He enlisted Lee to help flesh out some ideas he had for a new project with, at that time, undetermined personnel. Much of the album is in the same vein as another recent reissue, Before a Word is Said, with a slightly less aggressive lead guitar. This set of songs is a bit more jazzy at times but still retains a strong sense of subtlety, which was Gowen's signature stamp. Lee and Gowen double up on leads throughout the entire disk and also break away in weaving chord passages. Hugh Hopper (ex-Soft Machine) is on bass with "Foel'd Again" as his lone writing contribution to the disc. This is one of his standard obtuse pieces with noticeably disturbing bass harmonics! Drums are by Trevor Tomkins, a very jazzy, groove-style player. He's superb on "Theme from Something Else" where the tempo slowly drops off to let him show off some fancy brush work. The compositions range from spirited workouts to somber, ethereal tones. The key points lie in Gowen's understated playing and fluid arrangements. His Mini-Moog soloing ain't bad either.