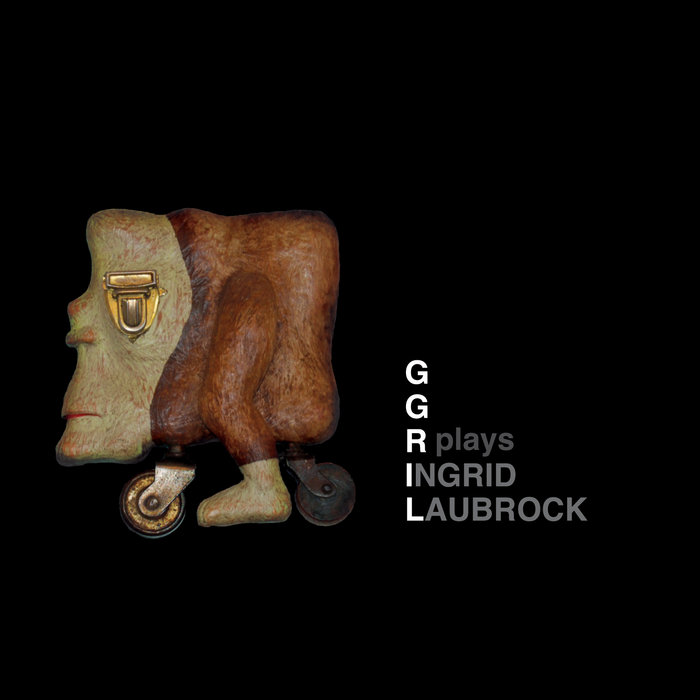 Ingrid Laubrock is a jazz saxophonist originally from Germany, but now living in Brooklyn, New York. She is associated with Anthony Braxton, Mary Halvorson, Living By Lanterns, Lark, Paradoxical Frog, Max Jonson, Falling River Quintet, and many more, plus several of her pwn groups, with over two dozen releases to their credit. Here, she operates strictly as the composer of the three pieces, but doesn’t appear to be involved in any other way. GGRIL is a twelve piece improvisational unit (Grand Groupe Regional d’Improvisation Libérée) from Rimouski, Quebec, including musicians playing contrabass, violin, cello, trumpet, trombone, bass clarinet, electric guitar, accordion, classical guitar, electric bass, and percussion, plus I’m hearing some kind of string harp in the closing minutes of the opening track, though that isn’t specifically credited. Previous releases by GGRIL have focused on the compositions of Jean Derome, Isaiah Ceccarelli, Xavier Charles, John Butcher, Frédéric Blondy, and Caroline Kraabel, yet this is an improvisational group – it’s in their name. Since I haven’t heard the Laubrock pieces performed by Laubrock, one is left to the assumption that the pieces here are only partially composed, though with plenty of free space for open improvisation, which the group does effectively, everything from instrumental noodling to freeform chaos and everything in between. The pieces performed are “Silent Lights,” “Stark Dark,” and the shortest of the three “Palindromes,” and can embrace anything from gentle melodic ideas to some very harsh and disorienting instrumental sounds that might leave some listeners running away with their ears covered. Such is the territory they occupy, and folks that enjoy free improv will certainly find plenty here to enjoy.

Take the Next Exit to the 80s