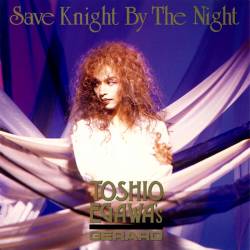 Keyboardist Toshio Egawa is one of the prime movers in Japan's progressive rock scene since the late 70s – originally with the band Novela, then splitting in the early 70s to form his own band Gerard. This is Gerard's fourth album, and those who enjoyed the band's first eponymous album and the second, Empty Lie, Empty Dream, will be happy to know they've more or less moved away from the heavy-guitar near metal sound they pursued on their third Irony of Fate, and returned to a sound closer to their early efforts, where the sound was more dominated by Egawa's multi-keyboards. The music is nimble and high-spirited, ripping along at warp speed over a dense blanket of synths, or slowing to a heavy grandness that at times seems larger than life. And on one track Egawa offers a majestic solo piano piece with light synth backdrop – a case where the piano alone would have probably been more effective. Three of the seven tracks feature vocals – using a combination of English and Japanese lyrics in a very typically Japanese vocal style. A couple tunes ("Don't Leave Me Now" and "Memorable Melody") are a bit more commercial sounding than I would prefer, but overall the album shows a good return to form for one of Japan's better symphonic bands.

Brainstorm - Liquid Monster – This is German metal quintet Brainstorm’s seventh release to date and finds them in a more traditional frame of mind than most metal coming out of Europe these days. It seems that everyone else has...  (2006) » Read more