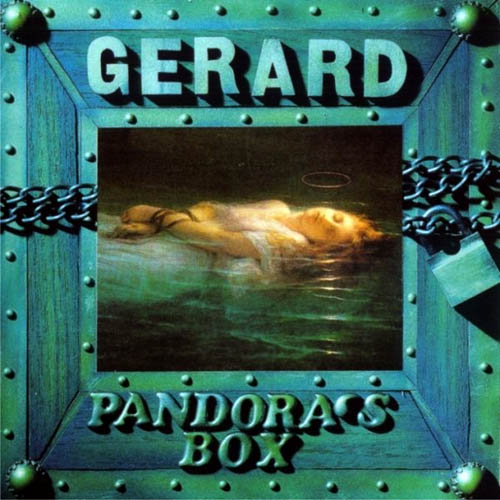 Seems like just last issue we reviewed Gerard's latest, The Pendulum, and already there's a new album out. The lineup on Pandora's Box remains the same, led by the positively amazing keyboard talent of Toshio Egawa (take everything that was great about Emerson and Wakeman around '72 and put them into one person, and you're getting close), and still featuring Canadian born vocalist Robin Suchy. Most of the tracks herein are dominated by Egawa's keys (there is no guitar), though bassist Atsushi Hasegawa and drummer Masuhiro Goto exude a passion for tight playing that is uncommon. Extremely intense and forceful, especially the opener "Chaos" and the multi-part title suite, clocking in at over ten minutes. One thing that is clearly different between this and the previous album is that while The Pendulum contained re-workings of several older songs from the 80s ("Heaven," "Orpheus," "Empty Lie"), this latest release is all new material. Half the songs here (six total) are purely instrumental, and of the tracks that feature vocals, two are very appropriate in a 'progressive rock' context. Only on the closer "Freedom," an out-and-out pop anthem, do the vocals become a major annoyance. But learn to live with it, because the rest of the album is definitely hot.