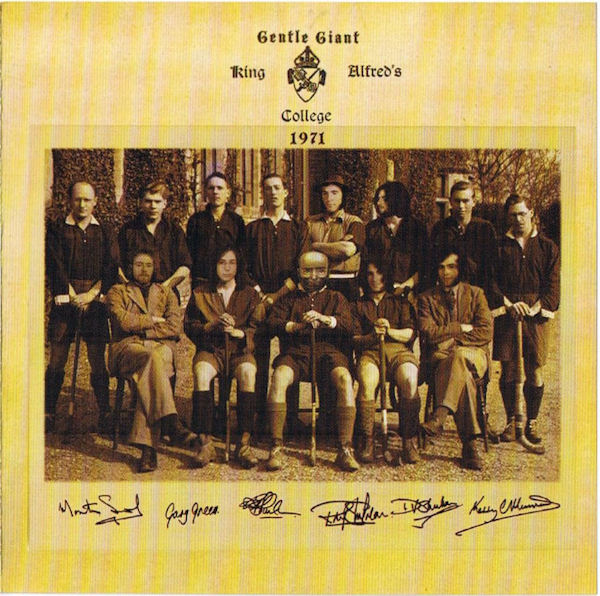 Good quality Gentle Giants live CDs are a variable commodity for fans seeking a performance of that elusive tour or song which was only performed twice. Surprising to find then that the band itself located a live recording of their first performance, playing most of the material from their first album and a few surprises. Considering the date it’s great to hear founder member Phil Shulman playing brass accompaniment for nearly the entire set as well as adding backing vocals. Consistent points in any GG concert are always guitarist Gary Green and keyboardist Kerry Minnear. Rare tracks such as "Hometown Special" and "City Hermit" were front-loaded into the set list and proved viable vehicles for Green’s incendiary blues guitar playing. Minnear’s mini fugue opens up the latter track (very much in Jethro Tull style) before the group breaks into a kind of blues about a misfit overwhelmed by his metropolitan surroundings. The Giant has always been super well rehearsed and on this occasion it’s no different. Plus the song staple "Funny Ways" has a slower groove than most other versions I’ve heard during Minnear’s vibes solo. This tune was always bassist Ray Shulman’s opportunity to spotlight some gypsy violin plying, which he demonstrates with gusto! The altogether lost track "Peel off the Paint" closed out the set on an aggressive edge before transitioning into a cool Mellotron middle section and twisted blues break. Overall the performance and recording serve to show the band as powerful prog icons from the very beginning (as if there was any doubt).