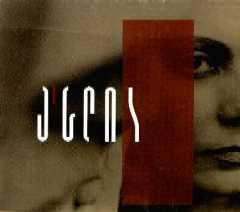 Here is a project in a genre (solo vocal; or music largely voice-oriented) that is usually fraught with problems, whether they be such that the results are too serious (Meredith Monk); harsh on the unconverted ear (Wimme); or of rather questionable taste (Diamanda Galás). Though we have covered other releases near this territory in Exposé in the past, Ágens doesn’t exactly fit the mold. Why? Well first of all is her range of emotional expression, which is much broader than most. The first half of Égi-földi gradually amasses instrumentation as it plays out. Songs here are playful, and lighter, at times redolent of an almost Kraftwerk-type pop sound. In the second half voices alone carry the weight, and the going gets more experimental and sinister, with intense passages of layered vocal chants where Ágens adopts a persona like some kind of possessed witch. Followers of Art Zoyd will probably feel some similarity here with Thierry Zaboitzeff’s crazed, manic chanting on their older albums. I was entranced by this unassuming young Hungarian lady’s performance, fully resisting any attempt to reach for the forward button. Hers is a genuine talent, with soul and guts to match, and Égi-földi is a near-perfect melding of accessible with avant-garde. I hope we hear more from her in the future because I’m very curious as to what she’ll cook up next. Highly recommended.