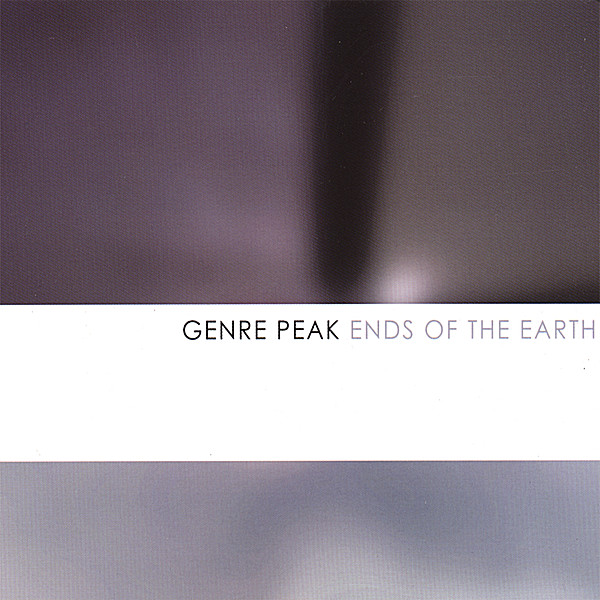 Genre Peak is the trio of Martin Birke (vocals, drum programming, percussion), Daniel Panasenko (Stick, upright bass), and Stephen Sullivan (guitar, guitar synth, backing vocals). I reviewed an album with Birke, Panasenko, and Roman Leykam last issue that was more along the lines of rhythmic, atmospheric improv. Genre Peak takes some of the same core elements but has a different focus. The album is made up of actual pop songs, you know, with lyrics and stuff. The rhythmic backdrop of programmed drums and Stick/bass is obviously reminiscent of electronica, and all of this music could work well in a club. Sullivan's guitar leads are occasionally reminiscent of Fripp but he tends towards the more ambient and textural. The synth lines are more of the same, about mood and atmosphere as opposed to virtuosity or complexity. The vocals are capable and assured and fit the music, emotions expressed more often as a slow, controlled burn than a raging, out-of-control flame. The album closes with three instrumentals with "Microsphere" in their titles, totaling 16 minutes. These don't deviate greatly from the overall album mood. Finally an "ARP mix" of one of the earlier tracks serves as a bonus, a different mix with some extra synth swooshes. Straddling the lines between electronic and pop rock, Genre Peak provides a satisfying low-key listening experience.