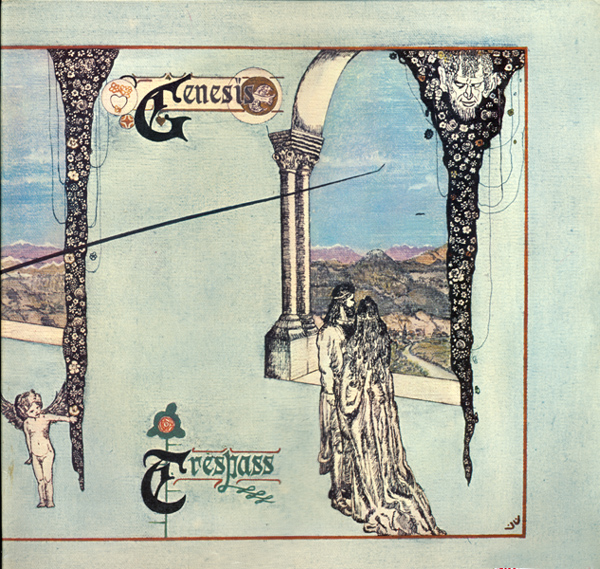 The Peter Gabriel-era progressive rock credentials of Genesis tend to fall pretty solidly on Nursery Cryme, Foxtrot, Selling England by the Pound, and The Lamb Lies down on Broadway, but if you're like me and have played most of those to death by now, you do tend to find your way back to the band's debut album Trespass. (OK that's a bit of revisionist history, but it's kind of true right?) Anyway the classic line up hadn't quite formed yet, Phil Collins hadn't listened to the previous guys trying out for the drums at the swimming pool (John, ahem, Rutsey here) and Anthony Phillips had the chair Steve Hackett would be taking pretty soon, but they still managed to record a stone classic with this album, filled with an ethereal beauty that would point the way towards "The Fountain of Salmacis" on the next album. There's something almost religious or reverent about this record with Genesis setting up one pattern they were always good at, the slow build and powerful climax. I'm particularly enamored of the first side with the "White Mountain" and "Visions of Angels" two-fer, still to this day some of my favorite Genesis. "The Knife" showed up on the live album and seems to me to be a pretty strong precursor to early Marillion in some ways. Anyway, where I could probably never hear "The Musical Box" or "Watcher of the Skies" again as I can practically play them in my head, I haven't quite worn out Trespass in the same way, and while I probably play the mid 70s era more of late than the Gabriel era, this is the one I tend to go back to when I need that fix.