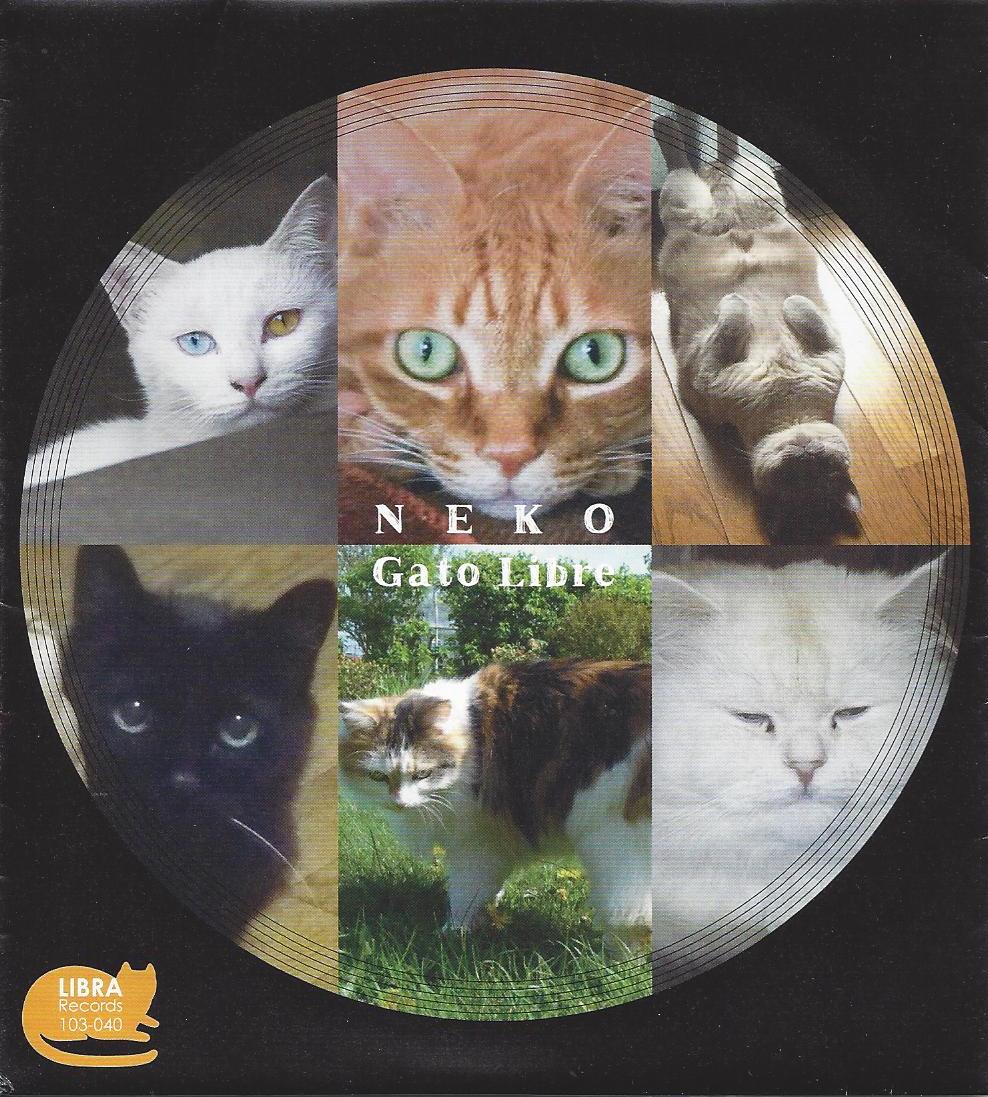 The opening, requiem-like cut “Tama” that starts out the disc with a blast of warmth and beauty seems very appropriate given all the tragedies that have hit this ensemble in recent years. First it was the the sudden and unexpected death of bassist Norikatsu Koreyasu in 2011. Trombonist Yasuko Kaneko was invited in to join the band for their next release DuDu in 2014, but sadly in 2015 tragedy struck again, with the death of founding member and guitarist Kazukiko Tsumura. After a long period of questioning whether the band should even continue, amid the numerous other projects of the remaining members, bandleader and trumpeter Natsuki Tamura decided to have Gato Libre continue as a trio, along with Kaneko on trombone and Satoko Fujii playing accordion, in lieu of piano (her main instrument). Here on Neko, they present six new compositions for trio, and as you might imagine, without bass or guitar, this is probably the most unusual Gato Libre release to date, still very molodic as before, but this time somewhat more dreamy and mellow, with less of the usual East European ethnic and folk influences at the fore, though the music here still retains the elemental power that has informed their music from the beginning over seven releases to date. Full of rich melodic emotion and beautiful solos, the trio present something that is at once mystical and powerful, and transcends all musical boundaries.

Lucio Fabbri - Amarena – Fabbri is probably best known for his tenure as violinist with PFM in their post-Passpartù period, and with Claudio Rocchi, and also for some of the work he's done with Demetrio Stratos. As...  (1995) » Read more