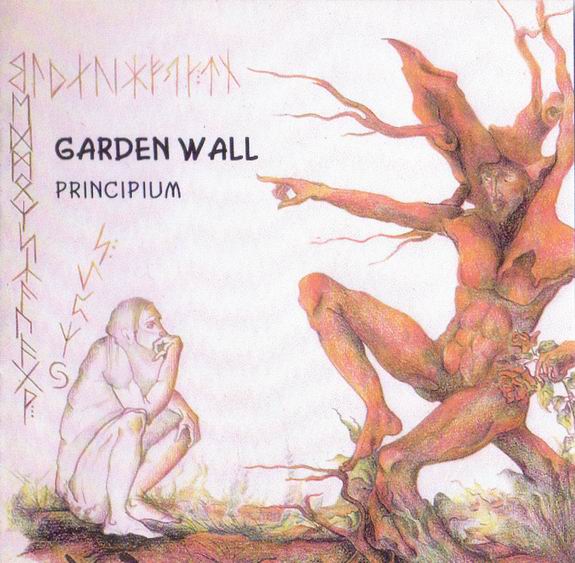 Garden Wall are an Italian neo-prog four-piece who have recently released this, their first album. If the name of the band sounds familiar to you, recall Garden Wall was one of the names Genesis gigged under in their infant years. Although they don't borrow as heavily from Genesis as some of their cohorts, Garden Wall still fail to break any new ground in this arena. Guitarist and bandleader Alessandro Seravalle is obviously talented as a lead player, but unfortunately he's the only noteworthy talent in the group. Furthermore, his vocals are twisted and contorted, as he struggles horribly with the pronunciation of the English lyrics. Also disappointing is the fact that three of the members are credited with keyboards, and yet the role of the keyboards in the music is limited to simple chord voicings and basic melody lines. Not a lot of talent in the ivory department. Admittedly, there are some creative tempo/mood changes, but the music often pretends to be heavier than it is and they fall into the trap of using odd time just for the sake of it. With a dedicated lead singer and some more fire behind the keys, Garden Wall could potentially develop into one of the better neo bands, but for now this is average fare at best. If you can overlook the poor vocals, fans of Asgard and Pendragon would probably find this music quite appealing.