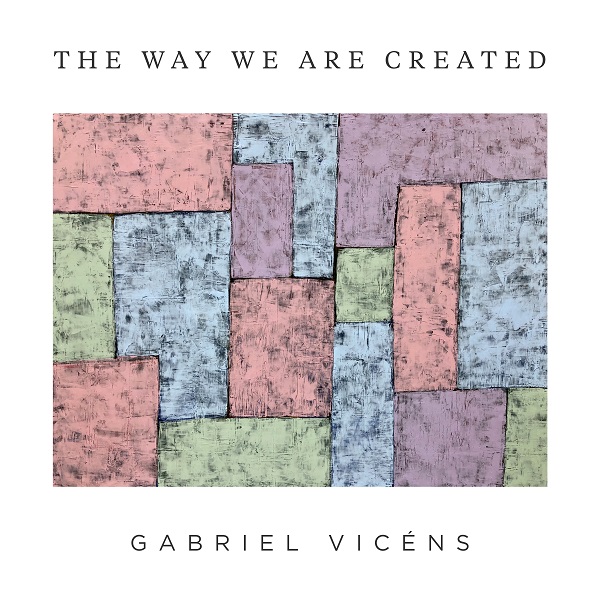 With his third release in eight years, the Manhattan based Puerto Rican guitarist Gabriel Vicéns has shown an amazing anount of growth. Only a few months back we reviewed the self-titled debut release by his Puerto Rican improvisational unit No Base Trio, along with drummer Leonardo Osuna and alto saxophonist Jonathan Suazo. Vicéns solo releases are a very different thing altogether, thoroughly composed in the jazz idiom with plenty of space for soloing, with strong influences from the world of bomba and plena, both folkloric Puerto Rican styles, full of fervent and propulsive rhythms, impassioned and engaging melodies, all wrapped up in subtle complexities. The sound is always on the move, changing and morphing between ideas that encompass bold and fearless themes on an everchanging musical palette. In addition to composing all of the album’s ten tracks, Vicéns plays all guitars throughout, but shares the spotlight with several other exceptional musicians, including pianist Glenn Zaleski, alto saxophonist Roman Filiú, bassist Rick Rosato, drummer E.J. Strickland, and percussionist Victor Pablo. A few of the tunes here are succinct vignettes of a couple minutes or less, while others are far more expansive with solos for several players, a number of rhythmic shifts, and an ever-churning percussive element. Some pieces, like the opening title track, are a bit more dreamy and gentle, but certainly offer power in their own unique way, while something like “A City of Many Mysteries” churns along restlessly as guitar, piano, and saxes share brisk conversations amid the song’s structure. Having familiarized myself with Vicéns two previous albums Point in Time (2012) and Days (2015), a significant amount of growth both in compositions and arrangements has taken place along the path to The Way We Are Created, which now stands as the most satisfying of the three.

The Holy Fire - The Holy Fire – A bit of an odd fit for Exposé, the Holy Fire is a balls-out, energetic four piece from Detroit who recorded their inaugural EP in Toronto. The tracks are all in the three minute range and run one...  (2006) » Read more