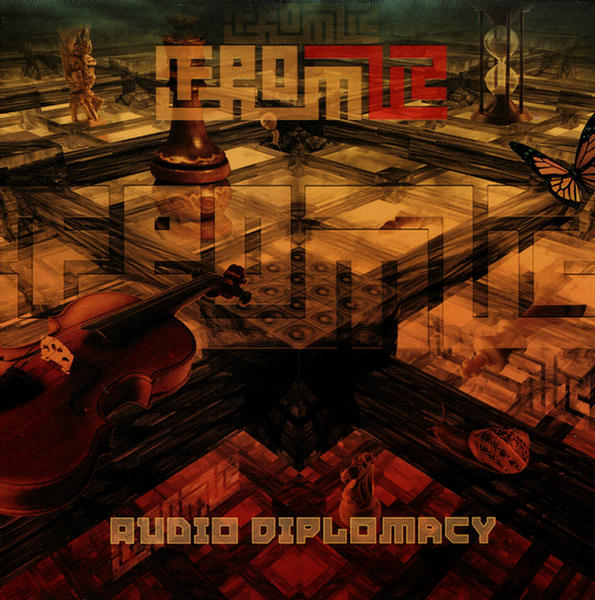 Fromuz is short for "From Uzbekistan," the homeland country for this inspired quintet that took Tashkent by storm a few years ago. Guitarist Vitaly Popeloff leads the band in a series of fusion and semi-classical pieces that have been garnering favorable comparisons to Mike Portnoy's Liquid Tension Experiment or Planet X. I find the eight studio tracks (plus two additional pieces on the live DVD) display a great deal more heart mixed within the hot chops and charts. The "Intro" is a clear indication of the highly dramatic territory the group maps out on the two discs. Prime keyboardist Albert Khalmurzayev has a commanding role on both discs whether it's grounding pieces with Hammond organ patches or imparting homeland symphonic workouts ( as heard on "Familiarization Results"). The well rehearsed songs are much less fatiguing than other jazz rock recordings due to a clearer balance between heavy unison riffs and song structure. "Spare Wheel" could have easily wound up on a Kevin Moore era Dream Theater recording despite the lack of vocal reference point. The two non-studio tracks on the DVD include "Remark 12" and "Dual Ad Libitum." The former song is a folk-ish acoustic guitar break for the band while the latter piece is a showcase for percussionist Vladimir Badirov. Since Baja Prog the band appears to be positioned for further international dates to show people they have the right stuff.