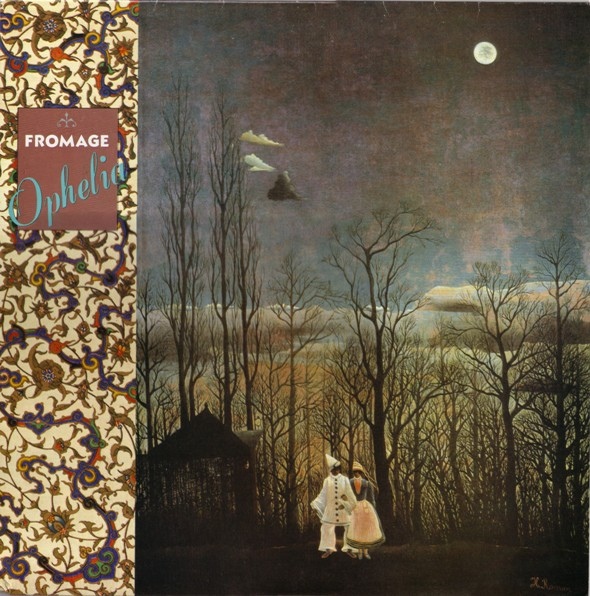 Four years after their debut, and with an almost complete change in the lineup (only the singer / flautist and drummer from the first album remained), Fromage released their second album Ophelia. Here they show much growth in a progressive direction and away from the commercial leanings of their first release, although some of those aspects are still abundant on a few tracks – in far more tolerable doses. Here, the most evident influence is Renaissance in their symphonic period, although Fromage has added many elements to that sound while making it more accessible and less classically oriented. Overall, a much better release than their first. Belle Antique's CD reissues of both of their albums contain bonus material not on the original LPs. An early CD reissue featuring all of Ophelia with a couple of the better tracks on Ondine was released in a limited edition, but quickly went out of print.