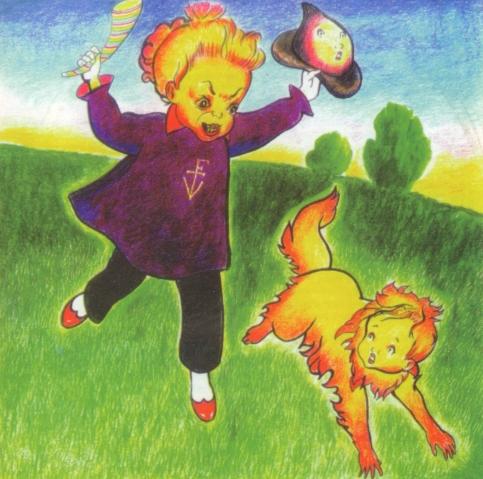 Any new French TV album is always a load of fun and great playing, but with this one (what is this now, the sixth? They used to number them...), the band seems to have taken a big step forward, both in the composition department and the quality of production overall. The band seems to have found a space somewhere between a progressive rock groove and the Hatfield / National Health style Canterbury sound, with a strong Zappa-like influences (man, does this reviewer hear Zappa in everybody’s music?), and have spent the last couple albums honing and perfecting that sound. A fairly consistent band membership — with the core of Sary (bass), Zigoris (guitar), Robinson (keyboards), and Douglas (drums) contributes to the cohesive whole, with other members contributing on several tunes. They are also joined on three of the album’s six tunes by Volaré drummer Brian Donohoe. An excellent take of Volaré’s “Odessa Steps Sequence” is one of the disc's high points. “The Secret Life of Walter Riddle” (with its hilarious marching intro and strong surfbeat inclinations) and the quirky twelve-minute opus “Tiger Tea” are high points also. The ten-minute “Mail Order Quarks” is a very polished jazz-oriented tune that features guest violin and voices. Closing the album is a cover of an obscure Samla Mammas Manna tune, twenty minutes in fact, giving another peek into FTV’s wide range of influences. But where are those funny song titles this time, Mike? Okay, the funny booklet cover art makes up for it. At any rate, this is FTV’s best studio effort to date. Recommended.