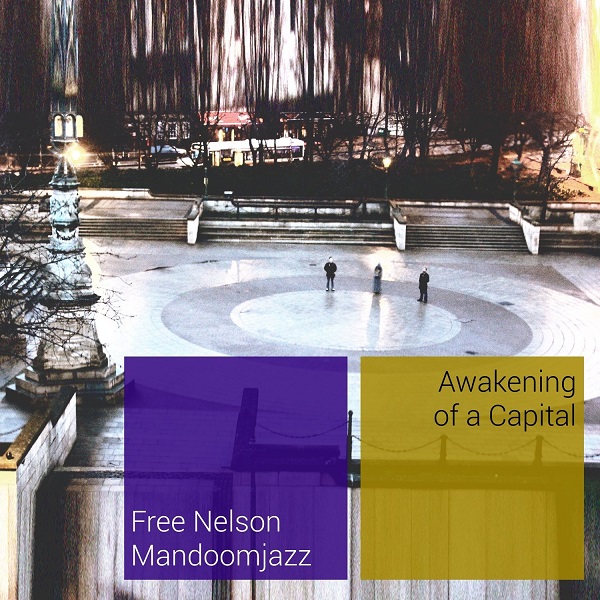 So apparently someone invented a style called “doomjazz” combining jazz with doom rock. And then someone decided to loosen it up a bit, adding elements of free jazz and creating what should obviously be called “free doomjazz.” From there it’s only a half step (down, of course) to “Free Nelson Mandoomjazz,” which features Rebecca Sneddon’s squonky sax over sludgy riffs from Colin Stewart on bass, while drummer Paul Archibald plods away. “Free” in this case is a relative term — pretty much every tune features a set riff on the bass, though most don’t seem to have anything like composed parts for the sax. Even within what seems like a rather narrow style, the trio investigates enough variations that the tracks don’t all sound the same. Stewart’s bass is sometimes treated with fuzz, sometimes not, and he occasionally indulges in the stringed instrument’s equivalent of squawking: scraping strings. “The Pillars of Dagon” throws in another twist, with the apparent addition of some string players as well as a section where the sax plays a set line and the bass implements the “free” part of the name. While “doomjazz” may be an interesting concept, it seems like a very limiting style, so it’s fortunate that Free Nelson Mandoomjazz has more going on than just free and doom.