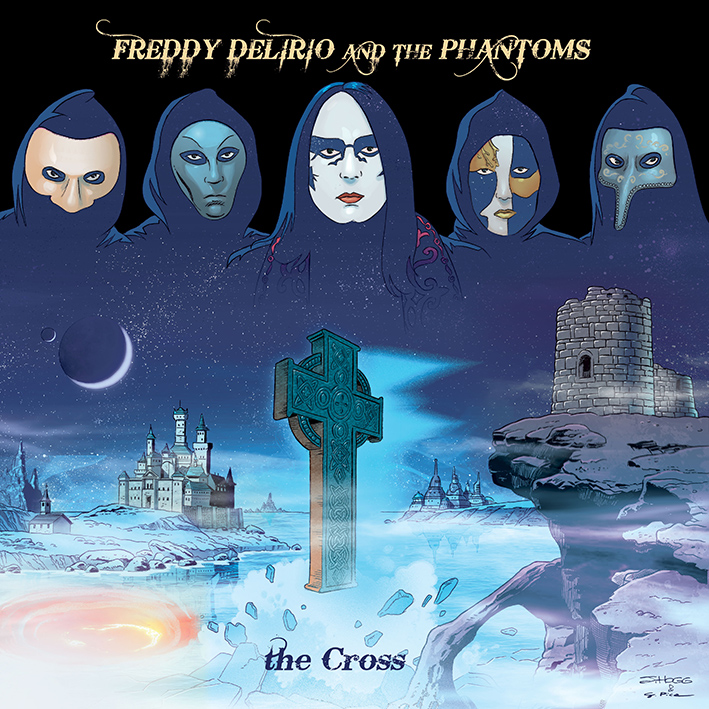 Based on my previous exposure to Freddy Delirio’s music on his reissued solo album Journey, I expected The Cross to be a keyboard-dominated gothic Italian prog album. Instead what we have are Freddy and bandmates in pretentious costuming, playing ponderous middle-of-the-road rock that does nothing to grab your interest. There is only one instrumental among the eleven tunes on the album. Basically each track is a mash of sound, distorted vocals, guitars, drums, and keyboards. But nothing ever really stands out. Given the cover art and the song titles, I assume that the music is supposed to be scary, but it is certainly not. Cannot really recommend this album.