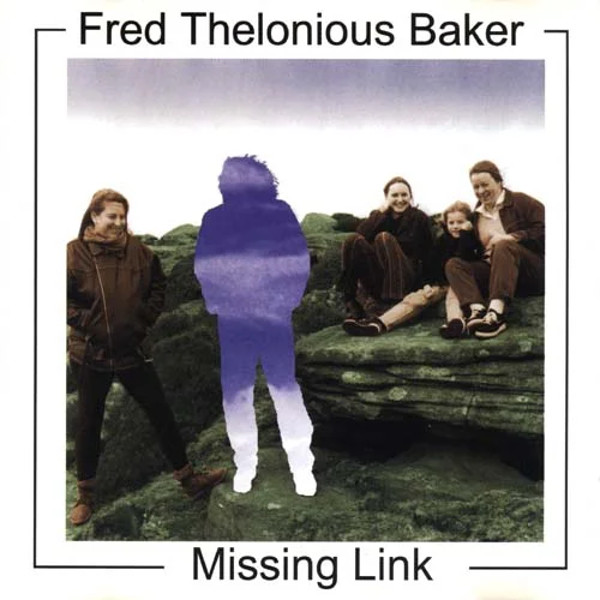 For those of you wondering who in the world is Fred Baker with the familiar middle name, please allow me to provide background on the educated virtuoso. He’s a Birmingham College of Music graduate, and the man has performed with various artists, from Harry Beckett to John Etheridge and several relevant musicians residing in Canterbury. Being a key member of Phil Miller’s In-Cahoots quintet was where Baker first came to my attention by replacing Hugh Hopper. His bass prowess is phenomenal, along with his guitar playing (also spotlighted on the duet album with Miller, Double Up). Missing Link is a sound document of some of his early solo bass work which brought Baker into prominence in the UK jazz community. The selections run the gamut from the classical (including the opener, Bach’s famous “Toccata in D Minor,” to a Thelonious Monk tribute arrangement of “Blue Monk / 'Round Midnight”. Baker can also strut his stuff like Michael Manring, as indicated on “Bonneville Blues” or in Dixie Dregs style on “Hen Hoedown 'Chickin’ Pickin’ Good.'” Baker shines on aggressive pieces, such as “Popcorn” or “Basically Speakin’ the Groove,” where he sets up a rhythm akin to any modern punkmeister. Or he can get moody with slow transitional effects-laden pieces like “Space Bass” or “The Damage Factor.” Although most of the tracks were recorded in the studio in 1989, the last three pieces come from live recordings at the Nottingham Guitar Festival. Included is a solo extract from the In-Cahoots piece “Loggerheads,” where he shows his chops. Regardless of the man’s pedigree, Baker is a man in need of wider recognition and worth your time to investigate.