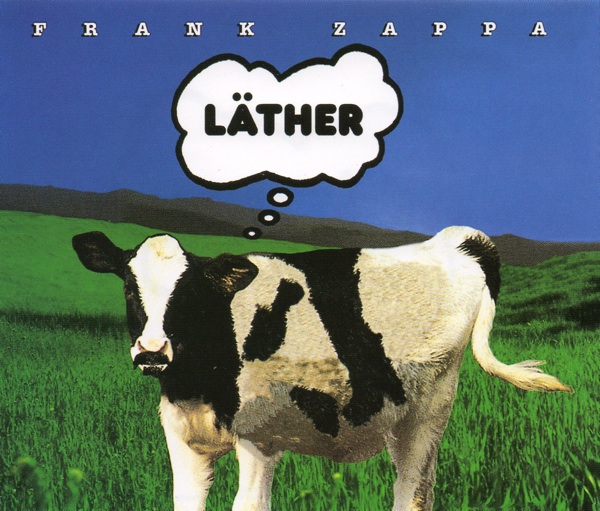 At long last, Zappa's late 70s quadruple-album masterpiece has received a well-deserved official release. When Warner Bros. rejected Zappa's attempt to fulfill his remaining contract requirements in one fell swoop with this gigantic package, Frank took the bulk of the material, rearranged it, added a few other pieces, and handed the company the four separate and somewhat stylistically cohesive albums we've come to love as Studio Tan, Sleep Dirt, Orchestral Favorites, and Zappa in New York. He then took the Läther tapes to a local radio station, invited listeners to hook up their tape recorders, and gave his fans their first and only "official" bootleg. Those that have tolerated the mediocre sound quality of these radio recordings for the past two decades will be overjoyed with Ryko's CD pressing. Those that have previously been unacquainted with Läther will be amazed anew at not only the breadth of Zappa's musical diversity documented here, but also the contextual freshness these pieces find when restored to their original conceptual framework. The music of Läther expands in all directions to the boundaries of Zappa's vast stylistic universe, encompassing orchestral caricatures, jazz-funk jams, silly cartoonish interludes, intricate instrumentals, and blunt social documentaries. In addition to finding several tracks which never made it onto other albums, listeners will discover other goodies such as the original instrumental versions of several tracks from Sleep Dirt, and different mixes, minus the overdubs, of live tracks which ended up on Zappa in New York. To top it all off, this 3CD set contains four bonus tracks and a lengthy booklet with historical notes and lineup info for each song. A must-have for die-hard fans, and certainly a thorough, though perhaps overwhelming, introduction for novices to Zappa's musical universe.