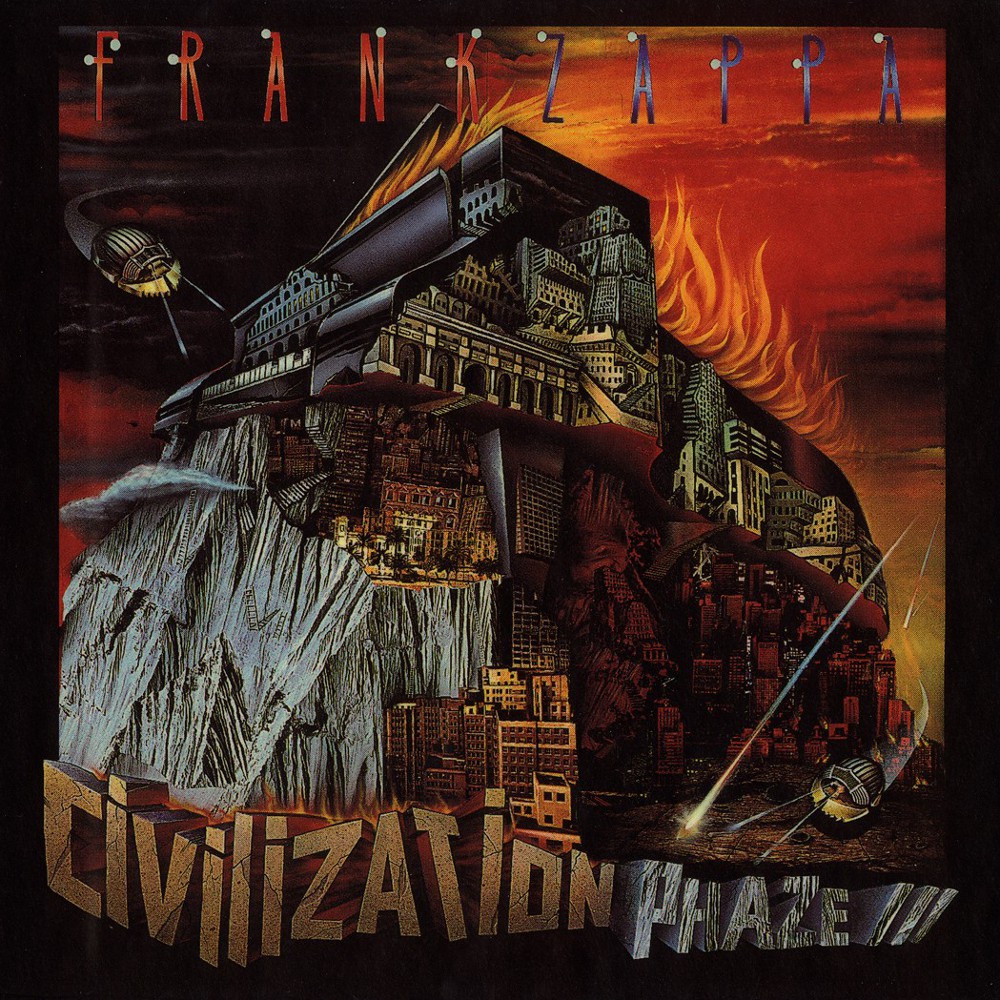 This long awaited post-mortem artifact of Zappa's work is indeed a fine addition to his catalog. The music is almost entirely realized on a Synclavier, yet this is not the sterile robot-music we purists have come to expect from a Synclavier, even in the hands of Zappa. Frank had been composing on his Synclavier since before the widely acclaimed Jazz from Hell album, and by the time of this work, he had completely mastered it. The Ensemble Modern is credited on a few tracks, but to be honest, it's very difficult to tell which ones, for the Synclavier is so ingeniously programmed that sometimes it really sounds like a chamber orchestra. Epic tracks like "Dio Fa" could pass for vintage German space rock (Ash Ra Temple, Agitation Free, etc.), and extended suites like "N-lite" and "Beat the Reaper" are beautiful avant-garde mini-symphonies in themselves. Of course, this is not just a collection of "tunes." Conceptual continuity is derived from spoken word interludes (which the fantastic libretto generously transcribes in great detail) between the compositions. These spoken parts are edited from the same zany tapes from the late 60s which brought us Lumpy Gravy. Needless to say, they are quite hilarious and philosophical, and help bring the larger concept of the work into perspective. It's up to the listener to discern what that concept actually is, but the feeling of de-evolution and the stupidity of the human race in general is definitely prevalent. Fans of late 60s Zappa should pick up this album, for the intricate compositions definitely carry the trademark of the likes of "Pound for a Brown," "Holiday in Berlin," "Eric Dolphy's Memorial Barbecue," and even the 80s vintage "Sinister Footwear." Of course, there are no guitar solos, but that is excusable in the company of such well-executed compositions. Remarkably, through the mechanical medium of the Synclavier, Zappa has finally made the music he always wanted to make, played exactly the way he wanted it played.