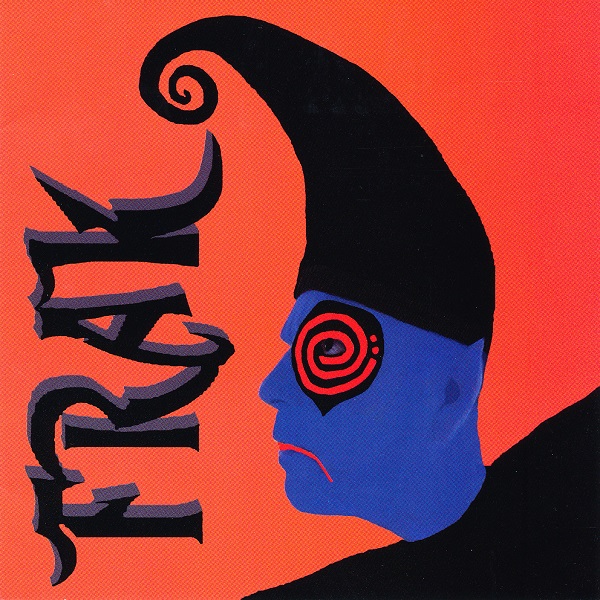 I'd never heard Frak before seeing their performance at Baja Prog 2014. I found their eclectic and theatrical music quite engaging, with elements of both symphonic prog, space rock, and electronic music all thrown together. The journey starts with "Planeta Frak," where a deep, ominous voice greets the humans of Earth and welcomes them to Frak. Then we're off to "El Eden" on washes of keyboard chords and a distorted slide guitar. When the rhythm starts, the infectious groove is built up with organ and funky guitar backed by bits of electronics. Pyro Zamudio's powerful and unpredictable voice takes charge in Spanish, with the expressive range of Peter Gabriel or Fish (without sounding like either). He will occasionally bring in multiple parts, with different treatments or whispering. "Dia de Muertos" introduces another side to the band, with percussion augmenting the drum kit and flute as an alternate melodic instrument. With "Omnipresente" the electronic side really comes out, kind of like classic Tangerine Dream with a touch of Jean Michel Jarre added — definitely off into space with this one. In "El Loco," the use of multiple voices is taken further, with sinister low phrases engaging high tones in a kind of dialog while maniacal laughs echo in from the distance and emphasize the feeling of madness. The following tracks are just as engaging and divergent, but all recognizably Frak. This is one of the rare cases where 70 minutes is just right and I don't spend the last ten minutes or so fidgeting, ready to move on to something else. Frak is a good example of how having good taste doesn't necessarily lead to boring or predictable music. All of the unusual touches are combined perfectly, resulting in a multifaceted whole consisting of very different parts held together my a true musical vision. By the time Frak played Baja in 2014, there had been some personnel changes, so I'm really looking forward to my next visit to this unique planeta.