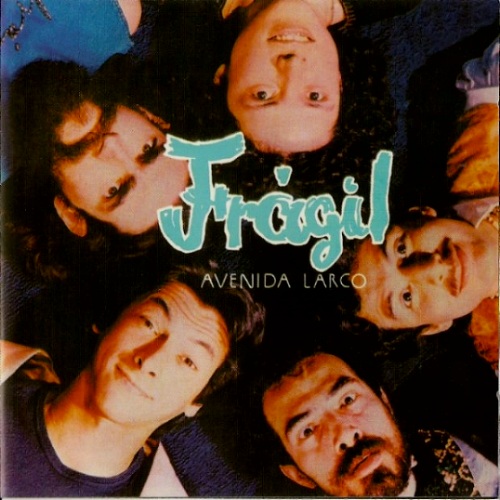 Peru’s entry into the symphonic rock genre came in 1981, when Frágil (named for some obscure British prog album) made their recorded debut, now reissued by Rock Symphony. Stylistically, try to picture what it might have sounded like if Genesis circa 1973 could have arranged and performed songs written by Genesis circa 1981. And then decided to sing in Spanish. What I’m getting at is that while the songs are rather simple in their structures, rhythms, and melodies, there is a certain approach to the music that harkens more to the old school. The only 80s elements to the recording are the keyboard sounds, some of which readily place the music in its time. Octavio Castillo and César Bustamante, who trade off duties on keys and bass, seem to favor polyphonic synths, though piano, organ, and Mellotron show up as well. Castillo also plays flute, providing some nice touches, like at the beginning of “Hombres Solos” backed by pretty acoustic guitar and Mellotron. Vocalist Andrés Dulude has a pleasant and expressive voice, and (probably wisely) sings exclusively in Spanish. Rather than resembling neo-progressive bands of their era, they remind me of some of the sorta-prog 80s bands, like Saga, or maybe Camel from around the Single Factor period, so while there is nothing mind-blowing here, it’s a very pleasant listen, as well as the curiosity factor of being Peruvian.