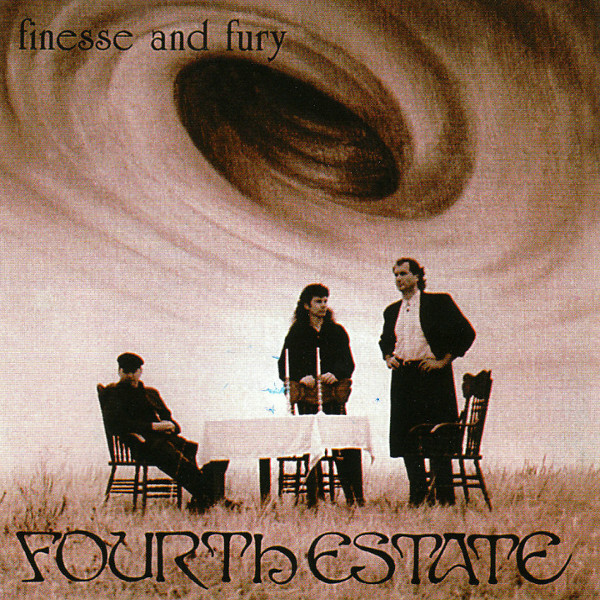 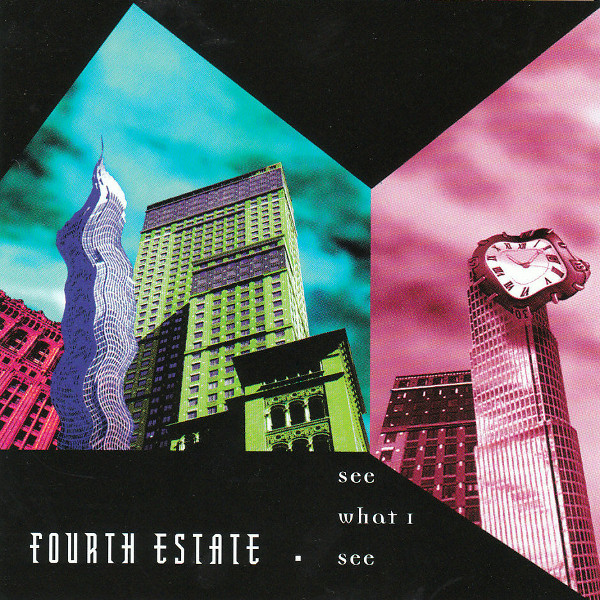 This writer was completely unfamiliar with Fourth Estate prior to their performance on day one of Progscape II, but apparently they've been around a while — certainly long enough to release two CDs (and two cassettes before that). A power guitar trio that hails from Fort Collins, Colorado, one might compare them to the Steve Morse band, as they rip through a number of different styles with relative ease, axeman Dave Beegle driving the show with his Transperformance DTS (a guitar which can be automatically retuned while it's being played) and solidly supported by bassist Fred Babich and drummer Dave Spurr (Jim Iltis on the earlier album). The compositions tend to be melody driven, full of power and punch, and while not particularly complex — and perhaps more pure rock than prog, they are nonetheless incisive, gripping, and tasty. There isn't a dull moment on either of these discs.

The earlier disc opens with a rousing cover of Bach's "Ode to Joy," then moves into a short atmospheric piece that leads directly into the more fusion-based "Grunt Rock," featuring Beegle's trademark guitar pyrotechnics. Once you think you've got the band all figured out, they drop in "Mason Street Shuffle," which in a parallel world would be called a bluegrass tune. And so it continues, bouncing around a variety of styles but always touching home in that slightly fusion-tinged instrumental power rock area inhabited by folks like Bonilla, Eric Johnson, and the aforementioned Morse. Purists indeed, they make it clear in the liner notes that no keyboards, synths, or sequencers were used on either disc.

See What I See uses a slightly heavier approach, with longer tracks offering more room for the band to stretch out, and the integration of some new influences, apparent on the title track, "Crazy Ivan" and the three part "Kara Kum." Stylistically, this album is more cohesive; rather than the patchwork of styles represented on the first, this one flows better from one track to the next. And did I mention heavier? Certainly Jimi's influence is everywhere, but nowhere more than on "Primal Roots," a short interlude that leads into the hard-rocking "Hammer Song," and "Blue Flame," which brings the Hendrixian blues element to the fore. In short, the later disc is stronger on a pure emotional level, but both of these discs are exceptional, must-haves for any fan of instrumental guitar rock.

Was Procol Harum Past Their Peak in 1976?