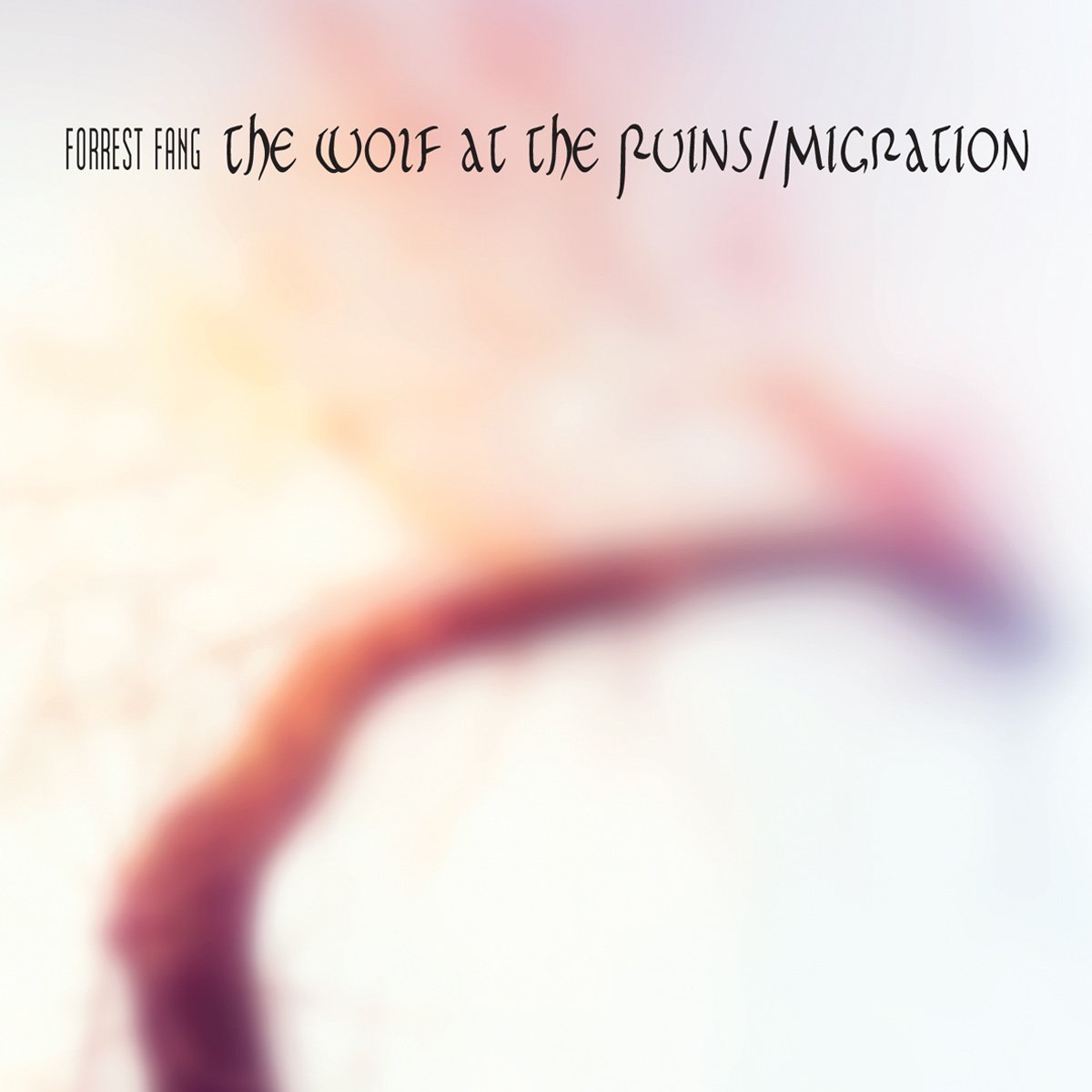 The miniscule amount of Forrest Fang's music I heard before this reissue arrived was mostly electronic ambient stuff, which is nice enough but not something I'm going to seek out very often. I was pleasantly surprised to find something almost completely different on these two albums from early in his musical career. Migration, originally from 1986, features piano, organ, and other instruments prominently, and even at times reminds me of Dirk "Mont" Campbell's Music from a Round Tower. There's a similar aura of suspension, that while time is passing, marked by notes and other events, emotion is in stasis, waiting for something which can't be predicted. This something may never come, but there is no loss, as we can just enjoy the moment while we are in it. Often the pieces are constructed of interlocking parts on keyboards, weaving in and out of sync with each other — I'm reminded of the tinkling background of Peter Gabriel's "San Jacinto." And even further from electronic drones is a piece like "Koshi," performed on acoustic guitars and sounding for all the world like something off one of Anthony Phillips' Private Parts and Pieces collections. Other pieces stick mostly or completely with synthesizers, but this is not electronic music like most of what's out there. While there are often repeating patterns, they don't really sound sequenced — there's a more natural feel to them, giving the impression of a group of musicians actually playing the parts rather than an electronic clock triggering programmed events.

The Wolf at the Ruins, first released in 1989, starts out even further removed from electronic music, with a solo guzheng drenched in reverb, joined after a minute or so by other sounds, but retaining an overall air of natural sound. This piece, "The Windmill," is a lovely meditation on multiple instruments, mostly involving plucked strings with some bowed violin for contrast. Towards the end, a marimba sneaks in, imparting a slight African spice to the Chinese dish. Then we begin a "Passage and Ascent," which approaches some near-ambient sounds with masses of synth pads, only developing a rhythm after three minutes; over the course of nearly 12 minutes, the piece journeys through several sections, each smoothly blended from the previous, each with different textures and energies. The third track adds yet another element to Fang's palette: percussion of various origins — latin, Asian, and whatnot, bringing to mind Steve Tibbetts' work (though with much broader instrumentation) as well as Jade Warrior's mid-70s releases. By this point, many of the album's parameters are established, and from here on out, they are blended in varying combinations for varying moods. The centerpiece, clocking in just short of 24 minutes, is "An Amulet and a Travelogue," which is a masterpiece of slow development and subtle beauty, built of numerous vignettes which could have been indexed separately. The use of violin, guitar, and other acoustic instruments in some sections sets this apart from anything else I can think of. Simply marvelous — kudos to Projekt for bringing this amazing music out of obscurity.